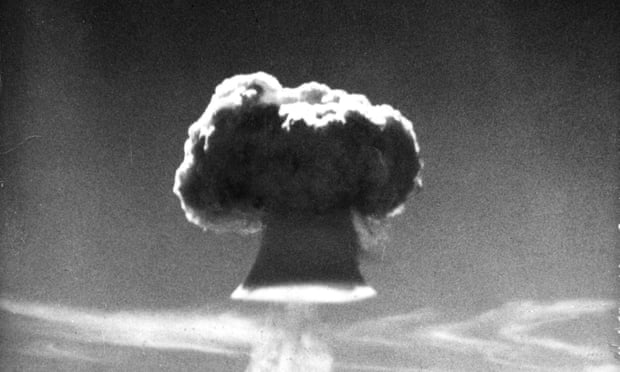 Thousands of archive files relating to Britain’s nuclear weapons and atomic energy programmes have been withdrawn without warning from public view.

A vast cache of material dating from 1939 until the 1980s and including more than 1,700 files about the creation of Britain’s first nuclear bombs at Aldermaston has been unexpectedly withdrawn by the National Archiveswithin the last week, researchers have reported.

The files were withdrawn at the instruction of the government’s Nuclear Decommissioning Authority, according to the National Archives. They range from the private papers of Sir John Cockcroft, the Nobel Prize-winning physicist who split the atomic nucleus, to reports of atomic bomb tests carried out as part of the creation of Britain’s nuclear deterrent in Australia and the Pacific. Attempts to access them online are met with the message: “This record is closed whilst access is under review.”

Neither the National Archives at Kew nor the NDA were able to comment on Sunday about why they had been removed. Speculation among academics who rely on the papers for their research ranged from whether the NDA had realised there was something in the files that shouldn’t have been made public to more prosaic suggestions such as a reorganisation of the files or a shift in location.

The papers are in two sections. The records of the Atomic Weapons Establishment (AWE) and its predecessors concern the research, development and testing of Britain’s atomic weapons including bomb trials, feasibility reports on new systems and notes on the theoretical physics behind nuclear weapons.

They include files with titles such as “structural vulnerability of aeroplanes to blast from atomic bomb” and “measurement of air blast using petrol cans and toothpaste tubes”.

The records of the United Kingdom Atomic Energy Authority largely concern the civilian nuclear energy programme. They include photographs detailing the construction of nuclear reactors and daily log books from nuclear power stations.

“We would like to know what is going on,” said Jon Agar, a professor of history of science and technology at University College London. “We would be alarmed as historians that it has been taken out of public view. These are important records for understanding the nuclear project in the UK. A couple of days ago a PhD student noticed that everything in the catalogue is coming up as temporarily retained. We are scratching our heads. It is all a bit mysterious.”

A spokeswoman for the National Archives said: “We have been asked to temporarily withdraw these records, which is why they now appear on our catalogue as ‘access under review’. For further information, please speak to the transferring authority.”

The transferring authority is the NDA, which comes under the auspices of the Department for Business, Energy and Industrial Strategy.

A spokesman for the NDA said he could not yet explain why the records had been removed, but said: “The NDA is absolutely committed to openness and transparency.”

Are Equities Pointing To Global Recession?