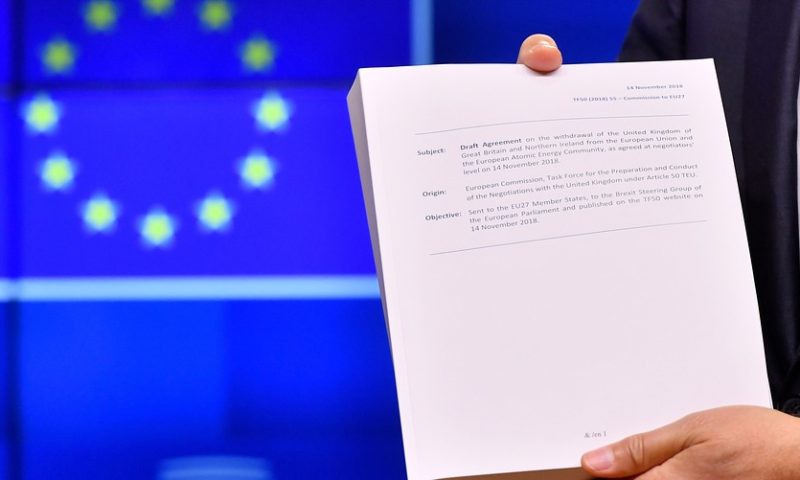 The British Prime Minister Theresa May has launched a new initiative in her fight to secure a Brexit deal with Brussels before the U.K. leaves the European Union in 53 days.

An ‘Alternative Arrangements Working Group’ will meet for the first time on Monday to discuss a new way forward on Brexit, according to a statement from May’s press team.

The challenge facing the group is to find a way over the hurdle of the so-called Irish backstop — the plan to avoid a hard border in Ireland that has so far proved highly controversial among U.K. politicians.

The backstop formed part of an initial withdrawal agreement struck between May and the EU last year that was overwhelmingly rejected by U.K. parliament in mid-January.

May now hopes to persuade EU policy makers to reopen negotiations on the backstop but has so far received little indication from Brussels that such talks are possible.

Chaired by Steve Barclay, the U.K.’s secretary of state for Brexit, the new AAWG will be attended by prominent pro-Brexit and pro-Europe Conservative lawmakers. Additional meetings will be held on Tuesday and Wednesday, the statement said.

Staff in government departments, including its Europe Unit, and Number 10 Downing Street will be on hand to provide advice to attendees.

News of the working group’s launch follows confirmation that the car maker Nissan has abandoned plans to build its new X-Trail vehicles in Britain.

A Nissan spokesperson said in a statement: “While we have taken this decision for business reasons, the continued uncertainty around the U.K.’s future relationship with the EU isn’t helping companies like ours to plan for the future.”

Investment in Frankfurt and Berlin’s commercial property markets has, meanwhile, almost doubled since the U.K. voted to leave the EU — far outpacing the growth of London as the world’s biggest businesses rush to set up their post-Brexit hubs on the continent.