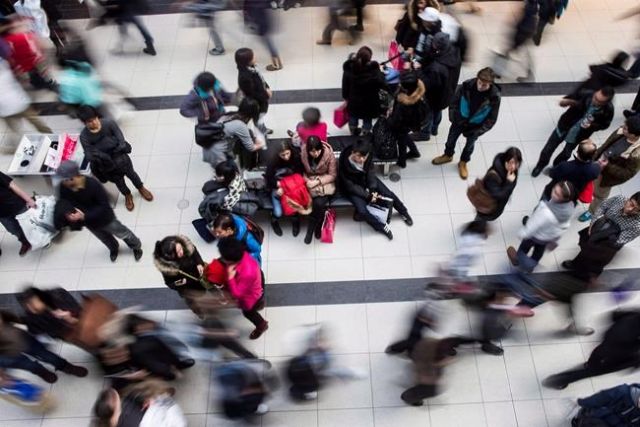 Canadian shoppers who like to buy products from the U.S. online have reason to rejoice about the revised NAFTA deal, but some homegrown retailers could be in for a struggle, say experts.

Under the renegotiated agreement, Canada may increase the value of product consumers can buy online without being forced to pay import duties or taxes to $150 for custom duties and $40 for sales taxes. The U.S. had been pushing for Canada to raise the threshold from $20 to $800.

The new threshold will mean Canadians will get a break on lower-cost U.S. goods that they order online , said Walid Hejazi, a University of Toronto associate professor specializing in international trade.

“This is fantastic,” he said. “Canadians should be thrilled at the idea that they can now buy things from the U.S. and other countries and bring them in without paying the duties…Canadians should celebrate.”

He considered the change a win for shoppers because the previous $20 de minimis level was among the lowest around the globe and had been set long before the rise of e-commerce.

He said that raising the limit would boost competition between retailers, perhaps even causing prices at Canadian stores to drop as retailers try to deter shoppers from looking abroad for items.

Larry Rosen, the chief executive officer of luxury menswear brand Harry Rosen Inc., said the high prices of the men’s suits and other products his company sells means it is “fairly immune” to the impact of de minimis, but he worried other retailers selling less expensive goods would see some negative affects.

Under the new levels, he said if shoppers buy something from an online U.S. retailer for $39 with free shipping it will be cheaper than if you buy the item at a Canadian retailer at the same price and have to pay the HST.

Rosen expected the deal could also cause “funny behaviour” because if you want to buy three $39 T-shirts from across the border, he said, shoppers and retailers could get crafty and realize that they can save if they buy and ship the products separately to avoid the taxes.

“It is not ideal and it is not perfect. It is going to hurt some low-price retailers,” he said. “There’s definitely going to be an advantage for U.S. online retailers selling lower priced items into Canada…I am heaving a sigh of relief and saying it could have been a lot worse.”

Karl Littler, the vice-president of public affairs at Retail Council of Canada, said he didn’t expect the de minimis threshold to have a significant impact on Canadian consumers because the threshold wasn’t raised as high as the Americans wanted.

However, he felt the level created “an uneven playing field” between merchants operating within Canada and people shipping products in from outside.

“If the federal government wants to increase the benefits for consumers, what it could do is take the customs duties off the products that Canadian merchants import,” he said. “That would make a difference.”

The council has long been pushing for such a measure and on Monday, Canadian Tire Corp. released a statement prodding the government to extend the same relief to homegrown retailers.

Grand Seiko Corp Of America Becomes Its Own Company