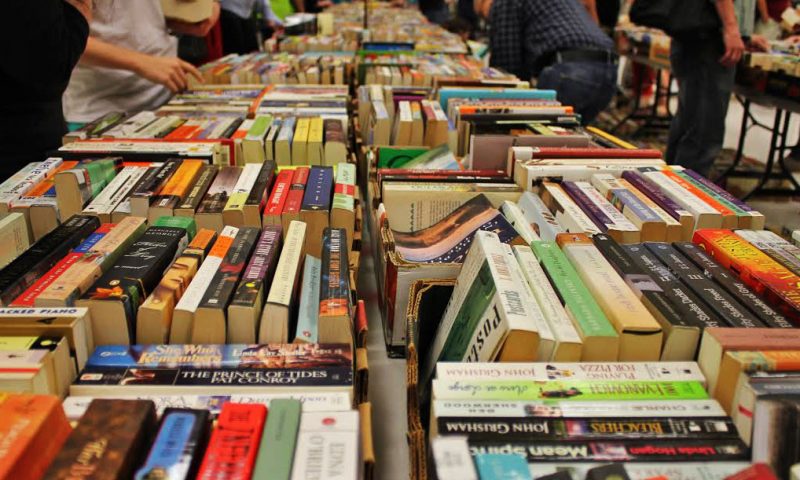 Thousands gathered to talk about upcoming books, hear from favorite authors and review the current market at the industry convention BookExpo and the fan-based BookCon.

NEW YORK — Publishers poured champagne and toasted the picture book “Summer,” a children’s book that is the first American release to come out of a long partnership between MacMillan and China’s 21st Century Publishing Group, on the floor of the Jacob Javits Convention Center in New York City last week.

Written by Cao Wenxuan and illustrated by Yu Rong, “Summer” tells the story of a pack of animals that fight over space beneath a tree on a hot day, then learning that they can provide shade for each other by standing side by side.

It is a parable of cooperation book publishers hope will apply to the U.S. and China overall.

At the industry convention BookExpo and the fan-based BookCon, which ended Sunday, thousands gathered to talk about upcoming books, hear from favorite authors and review the current market. Sales overall are “solid,” if not dynamic, says CEO Simon & Schuster Carolyn Reidy, an assessment others largely agree with, even if no title this year has sold at the level of Michelle Obama’s “Becoming” or Michael Wolff’s “Fire and Fury.” Booksellers anticipate a strong response for such future releases as Jeanine Cummins’ “American Dirt” and Margaret Atwood’s “The Testaments,” her sequel to the million-selling “The Handmaid’s Tale.”

At the same time, publishing faces troubling unknowns and adjustments. Barnes & Noble, the country’s largest physical book retailer, has been struggling for years and is considering a sale of the company. One of the largest distributors, Baker & Taylor, is ending its retail business, forcing some stores to find new ways to keep books in stock. And publishers again face a potential shortage of printing capacity that resulted in two future Pulitzer Prize winners, David Blight’s biography “Frederick Douglass” and Richard Powers’ novel “The Overstory,” being among numerous releases unavailable for extended stretches late last year.

But the most immediate concern is President Donald Trump’s threatened 25% tariff on some $300 billion worth of Chinese goods, including those from the country’s printing facilities. For years, U.S. publishers have relied on China for low-cost, high-capacity printing of four-color books, coffee table editions, Bibles and other standards of the trade and education market. The new tariff would almost surely result in higher prices, with publishers saying a hike of 50 cents or more is possible for a given book.

Releases featured at BookExpo that could be affected range from Jimmy Fallon’s children’s story “This Is Baby” to the latest edition of “The Joy of Cooking.”

“Following so soon after the major shortages last fall that resulted from domestic print-capacity reductions, these tariffs will bring further disruptions in one of the most important U.S. industries,” said Michael Pietsch, CEO of Hachette Book Group.

Lui Simpson, vice president for global policy at the industry trade group the Association of American Publishers, said the impact would extend well beyond publishers.

“Here we’re speaking of consumers who read for pleasure, students, educators, non-profits promoting early reading and literacy, religious organizations, even bookstores,” Simpson said in an email. “Books have generally not been subject to import duties/tariffs, given U.S. policy to promote the free flow of information and knowledge.”

No firm deadline has been set for when the proposed tariffs could go into effect. Industries facing tariffs have a chance to ask for exemptions, but Simpson says that publishers may have a hard time standing out.

“You’ll have numerous stakeholders making similar requests, so we’ll be operating in a limited space in terms of gaining the gaining the government’s attention,” Simpson said.

When not worrying about the cost and supply of books, the industry at BookExpo and BookCon highlighted their importance. At a panel on middle-grade releases with LGBTQ+ characters, Kheryn Callender spoke of her novels as a way of confronting race and sexuality, recalling how a family member once told her that “black people can’t be gay.”

Supreme Court Justice Sonia Sotomayor, whose picture book “Just Ask: Be Different, Be Brave, Be You” comes out in September, praised literature as an act of empathy. “You have to learn how to look beyond yourself, and look to see what role you’re going to play in improving your community,” she explained during a sold-out event at the convention center’s main stage, where she formed her own ties by walking among the crowd, shaking hands, as she spoke.

At a breakfast gathering, Ta-Nehisi Coates discussed his first novel, “The Water Dancer,” which he called the story of an enslaved man with a “preternatural memory” and a “conscious attempt to construct a myth.” Coates is a prize-winning author and journalist whose books and articles on race and American culture, from his call for reparations for blacks to his condemnations of police violence, have made him one of the country’s leading social commentators.

And while he’s committed to investigative reporting and the study of history, he finds limits in nonfiction’s power to change minds. There are facts, and there are myths, rooted myths like the presumed nobility of Confederate Gen. Robert E. Lee or the imagined happiness of slaves in the pre-Civil War era.

“I can give you fact after fact after fact, but if you don’t believe I’m a human being, if your myths have dictated that I’m not a human being, my facts don’t really have any meaning,” he said, adding that fiction can take us to a “bone-deep level” of the world that allows for us to find each other on the “same page” as fellow humans.

China Blames US for Trade Dispute, but Doesn’t Escalate