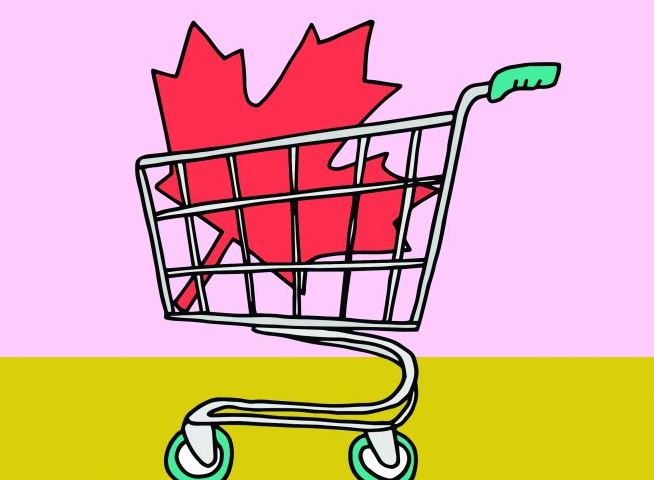 Thanks to rekindled trade wars, more buyers are seeking made-in-Canada brands. Here’s how Growth 500 firms make the most of the Maple Leaf.

Dale Donaldson has an instant icebreaker. The CEO of Everspring Farms (2018 Growth 500: No. 275)­ works a lot of trade shows, and his answer to the ﬁrst question typically asked by would-be clients—where are you based?—tends to elicit a telling response. “They’ll say, ‘Oh, you’re from Canada. Oh, OK,’” he explains. “It’s almost like it answers another four or ﬁve questions they don’t need to ask.”

Located in Seaforth, Ont., Everspring Farms has become a leading producer of sprouted grains and seeds—sales increased 245% from 2012 to 2017—in part because customers ﬁnd its provenance reassuring, Donaldson says: “There’s no question that globally, there’s a belief that the Canada brand stands for integrity, quality and safety.”

With the uncertainty of a looming trade war with our neighbours down south—fuelled by U.S. President Donald Trump’s anti-Canada tirades—campaigns to buy Canadian products and services (or #BuyCanada, in social-speak) have grown across the country. And the (true patriot) love is surging internationally, too, especially in Europe, Asia and Trump-wary pockets of the U.S.

It all amounts to a unique opportunity to flex Canadian roots as a competitive edge—and many of the ﬁrms on the 2018 Growth 500 ranking of Canada’s Fastest-Growing Companies are taking full advantage. They have years of experience and plenty of advice to impart on the right—and wrong—ways to wave the made-in-Canada flag.

Winnipeg-based Manitobah Mukluks (No. 269) prides itself on being an Indigenous-owned Canadian company, selling the same footwear that founder and CEO Sean McCormick’s Metis ancestors produced hundreds of years ago, modiﬁed slightly for modern life. That heritage, and the stories of the ways in which the company’s work helps Indigenous communities, dominate the messaging the company puts forward at trade shows, on social media and on its website. “We’re living in a storied time; people want to know stories behind what they’re buying,” says Tara Barnes, the company’s vice-president of marketing. “We’re proud to represent this Canadian idea that an Indigenous brand can be the next big thing.”

It’s a marketing strategy that only works when the product or service has a characteristic that is credibly associated with Canada as a country, or Canadian-ness as a concept, says Kenneth Wong, a marketing professor at the Smith School of Business at Queen’s University. It can’t be too much of a stretch. “If I bought a dining room chair,” he says, “what would be uniquely Canadian about it? Was the wood made in Canada? Is that better or different than wood made somewhere else?” If the answer is “no,” or even “not really,” it’s probably wise to choose a less Canada-centric tack.

Made-in-Canada storytelling is also a favoured approach at Mini Mioche (No. 169), which designs and manufactures its collection of organic baby and kids’ clothing and accessories 20 minutes away from its headquarters in downtown Toronto.

“We hammer the made-in-Canada sentiment pretty much everywhere we can,” says Alyssa Kerbel, the company’s founder and president. “It is a really important point of differentiation with brands. There’s more and more awareness amongst the consumer.” The company’s videos, online articles, labels and newsletters consistently remind customers of where their purchases were manufactured, and the great care and technical proﬁciency that go into each garment. “We make sure to position it as: we know the people who make our stuff.” As Mini Mioche opens its ﬁrst foreign outpost—a new store in Los Angeles, a market rife with so-called conscious consumers—this messaging will be front and centre.

Mini Mioche’s approach works not just because it tugs at patriotic heartstings, but because for many consumers—domestic and foreign—“Canadian-made” suggests a high level of quality. Stressing that is far more effective than simply slapping a Maple Leaf on a logo, says Walid Hejazi, a professor of competitiveness at the University of Toronto’s Rotman School of Management. “You should strive for customers to be buying from you because you offer the best product, not just because you’re Canadian.”

Ashwin Aggarwal knows this to be true. The very name of his business—Canadian Down & Feather Co. (No. 161), a Toronto-based supplier of bedding materials—projects true north authenticity that buyers like, but it doesn’t end there. “Just seeing our name on our packaging and our logo on the top of our webpage deﬁnitely helps,” Aggarwal says. “But it goes further than that, in terms of who we are as a company and how we deal with our customers.” For instance, his staff work to confer such stereotypically Canadian traits as politeness (by responding to inquiries using a client’s preferred method of communication) and courtesy in every transaction. As he explains, “There’s a lot more to being Canadian than just being in Canada.”

Sweets from the Earth (No. 252) is a family-run vegan bakery that proudly showcases its Canadian status on its products’ packaging labels. For domestic customers, it’s a no-brainer. But the Toronto-based company’s vice-president, Marc Kadonoff, is quick to stress that the company’s marketing strategy is not always Canada-ﬁrst. In fact, as the company works to build its business outside of Canada, it’s opting to tailor the prominence of its Canadian roots in its messaging to the preferences of individual markets.

Sweets from the Earth entered the U.S. in November 2017 (under the name Treats from the Earth, for legal and trademark reasons), and the food manufacturer hasn’t made a conscious effort to promote its Canadian heritage. Why? Because unlike Kerbel’s strategy in expanding Mini Mioche into L.A., his research revealed that made-in-Canada isn’t necessarily a selling point among his target American clientele. “We have our Canadian address on [our products],” Kadonoff explains, “but we’re really trying to dedicate Treats from the Earth as the U.S. brand.” By contrast, however, as it plans an expansion into China, the Maple Leaf will be front and centre, because consumers there crave it. “The feedback that we’ve gotten is that the trust factor for Canadian products is much greater than it is for the Chinese products that are out there,” says Kadonoff. “We’ve been working with a couple of different companies to export into areas [of China] where the Canadian branding is really well-respected and where Canada has a phenomenal reputation.”

Adriana De Luca believes her business offers up the very best of Canada. De Luca is the founder and CEO of Tiber River Naturals (No. 199), a Winnipeg-based provider of eco-friendly bath, body and home products, and most of the company’s wares are proudly made with local ingredients. “Canola oil is a massive component of many of our products—we use it in almost 80% of what we make—and of course, canola is very Canadian and very Manitoban,” she explains. (Bonus: per the company’s website, canola is “what makes our wonderful soaps so much silkier than most others.”)

Instead of burying its sourcing policies in small type on a label, or bashfully downplaying the local economic effects of the same, Tiber River marketing boldly trumpets its commitment to keeping local communities and suppliers sustainable. “We do talk about it, and we do so to try to support our community,” says De Luca. So far, it has worked to great effect, she adds: “We often hear from our customers, ‘It’s so great that you’re a Canadian company. We love to support Canadian companies.’ We ﬁnd our customers really value supporting a local business, because supporting a local business really helps to build our community and our country.”

At a time in which each tweet from the White House makes the global trade order less and less certain, there are worse principles on which to build a business.

Snap stock could dive to $5 within a year, analyst warns