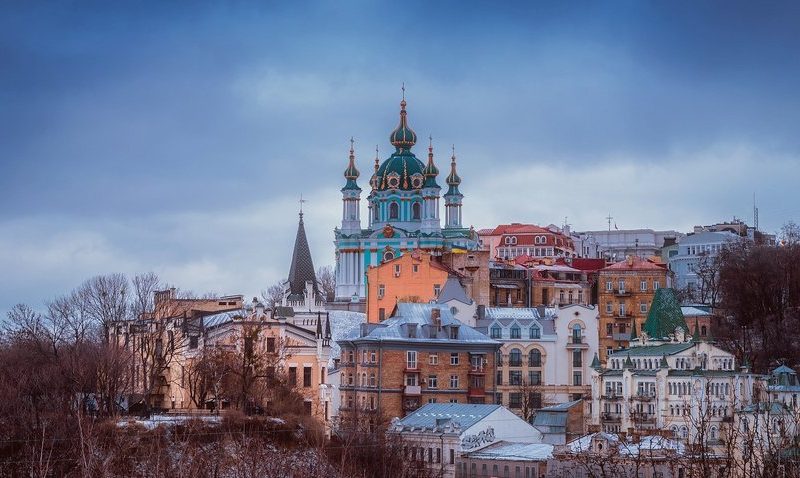 CEOs at dozens of biotechs and investors from the industry’s leading venture firms urged their global business counterparts to “disengage from Russian industry” over the weekend.

The executives called on biopharma and other industries to “cease investment in Russian companies,” halt plans to funnel money within the borders of Russia, reject new funds from Russia, nix collaboration and service agreements with companies in the country and halt trade in goods, except for food and medicines.

Chief executives at Nkarta, BioMarin, Rubius, atai Life Sciences, Blueprint Medicines, Ovid, Global Blood Therapeutics and dozens of others signed the letter, dated Feb. 26. CEOs, who have been called on to speak out more over injustices in the past two years, especially in the U.S., were joined by dozens of other industry leaders bearing titles across the C-suite.

The letter, written in multiple languages, called Russia’s war on Ukraine a “barbaric act.” The business leaders rejected President Putin’s actions and “those who enable and embolden him,” including scions of Russian industry.

“We cannot look back in the future wondering whether we could have taken stronger measures. This justifies the strongest possible economic disengagement now,” the letter reads in part.

Aside from drug developers, venture capital firms and other investment shops were also represented in the letter’s signatories. Among them, industry heavyweights like RA Capital, Atlas Venture and Third Rock Ventures.

As of Friday, February 25, 2022 Russia’s invasion of Ukraine is likely to impact millions of people, not just in the Eastern European nation but around the world as drug developers might face delays in clinical trials conducted in Kyiv and elsewhere.

One biotech, in particular, called out the geopolitical tensions as possible cause for concern. Karuna Therapeutics warned Thursday that timelines for its second phase 3 study in schizophrenia, dubbed EMERGENT-3, are uncertain because 10 of the 19 trial sites are in Ukraine. In a further statement issued late Thursday evening, Karuna said the company’s priority is the safety of its clinical trial partners and patients.

“We want to reiterate that our hearts are with the people of Ukraine during this unimaginably difficult time,” a spokesperson for the Boston-based biotech said. “We are closely monitoring the evolving geopolitical situation between Ukraine and Russia and remain in contact with our investigators and clinical trial sites. As the situation is still unfolding, we will continue to assess the impact on the ongoing program and will provide updates as appropriate.”

The study might not be needed for Karuna to file the drug, KarXT, for approval, according to RBC Capital Markets analysts. But, if the first phase 3 trial, EMERGENT-2, fails to meet its primary endpoint and produce safety data, Karuna could be in trouble. EMERGENT-3 is a “backup option,” RBC wrote in a Thursday note.

“While our clinical trial sites in the Ukraine continue to actively recruit and treat patients, if political or civil conditions require it, our sites may need to delay or suspend clinical trial activities,” Karuna said in a regulatory filing Thursday. “Our clinical trial sites have contingency plans in place as part of their standard quality management practices for circumstances such as these and are prepared to initiate such plans when and if necessary.”

Ukraine is home to about 2,500 public medical facilities that have experience running international trials, and there are about 500 ongoing trials each year, according to clinical research organization Global Clinical Trials. The affect of the conflict on clinical trials could be far reaching. The biopharma industry is actively testing 251 drugs and devices in clinical trials that have at least one Ukraine site, according to the FDA’s clinical trials database.

RBC said the overall impact on biotech should be “manageable” as sales and manufacturing activities in Ukraine and Russia are limited. But clinical trial sites in Ukraine are unlikely to be able to remain operational given the conflict. Sites in Russia may also be impacted by sanctions or data security issues, the firm predicted.

Ukraine and Russia represent about 1% of Merck’s business, a spokesperson said, and the U.S. pharma does not have any manufacturing sites in either country.

“At this point, all our colleagues are safe and accounted for, and we continue to monitor the situation closely to provide whatever support we can to them and to their families,” Merck’s spokesperson said. “In line with our mission, we are also doing everything we can to ensure access to our medicines for patients.”

GlaxoSmithKline could also be affected. The British Big Pharma has 27 Ukrainian sites, out of 235, in its phase 3 study of otilimab in patients with rheumatoid arthritis. GSK previously culled work on otilimab in COVID-19 in October 2021.

A spokesperson for GSK confirmed the company has local pharma and consumer health care teams in Ukraine but no manufacturing operations.

“The situation is evolving and we are monitoring it carefully. Our absolute priorities are the safety of our people and maintaining access to our medicines, vaccines and consumer healthcare products,” GSK said in a statement to Fierce Biotech.

AstraZeneca, which has up to 20 active trials in Ukraine, similarly said it’s working to protect local employees.

“The safety and wellbeing of AstraZeneca employees remains our top priority and we have taken steps to support colleagues. Furthermore, a team has been established which will do the utmost to ensure continued supply of our medicines to patients,” said a company spokesperson in a statement.

Sanofi, which has at least two studies underway in Ukraine for the Regeneron-partnered med Dupixent, confirmed the company is monitoring the situation.

“Our key priority at Sanofi remains to ensure the safety of our people and continuity for the patients we serve,” the spokesperson said. “All of our employees based in Ukraine have been asked to stay home and we are monitoring the developing situation very closely.”

Takeda said the “situation is fluid,” but the Japanese pharma is “doing everything we can to protect our employees and their families and to continue to supply patients with their much-needed treatments.”

Roche is working to ensure patients continue to access to the company’s medicines in the region, according to a spokesperson. The Swiss pharma has processes and measures in place for crisis situations to protect employees and their families.

“We have business continuity plans in place, which are constantly updated given the situation,” according to the statement. “At Roche, our utmost priority is to keep our employees and their families safe.”

Other companies with clinical trials operating in the region include Biogen, Incyte, Gilead, Galapagos, PTC Therapeutics and Sarepta, according to RBC. These could experience delays or data integrity issues. But the firm noted that an individual trial site does not necessarily correlate to a guaranteed pool of patients. Biotechs can likely manage the disruption by moving to other countries or reallocating resources.

Intra-Cellular Therapies, like Karuna, has clinical trials operating in Ukraine and Russia, RBC said. The company has about 36% of sites for the bipolar depression med Caplyta in Ukraine and Russia. The therapy is being tested in borderline personality disorder and major depressive disorder. RBC said the timeline could be pushed out for the trials, which is slated for a readout in December.

Biogen, meanwhile, has a couple trials located in Russia for an ALS med, cerebral edema therapy as well as Alzheimer’s treatment lecanemab, which is being developed with Eisai. Incyte has “heavy exposure” for its oral PD-L1 program in solid tumors, as 70% of the sites are in Ukraine. A phase 3 study for retifanlimab in non-small cell lung cancer has 23% of its sites in Ukraine.

Behind pharmaceutical companies’ clinical trials are CROs that manage the on-the-ground logistics. Parexel confirmed in a statement to Fierce Biotech that the CRO operates clinical trials in the impacted regions.

“While we will not disclose the specific number of colleagues, customers or vendors impacted, like the rest of the world, we have been and continue to monitor the situation closely and are committed to supporting the continuity of trials in progress,” the company said. “As always, the safety and wellbeing of our patients and colleagues remains our top priority.”

Of the 45 biopharmas Jefferies analysts cover, nine of them have trial sites in Ukraine, according to a note. Karuna is one of those. Another, Veru, is expected to “appropriately react and maintain timelines” on its study of breast cancer treatment enobosarm because the trial is just starting, the analysts wrote in a note.

TG Therapeutics, another company covered by Jefferies, should not experience “meaningful impact” because the biotech has already asked the FDA to approve its drug ublituximab in patients with relapsing multiple sclerosis. A decision is slated for Sept. 28, 2022. A phase 3 extension study is ongoing with 20 of 85 trial sites in Ukraine.

“Broadly speaking, we do not believe that the emerging conflict in Ukraine will meaningfully impact ongoing trials in our coverage,” Jefferies analysts wrote Thursday.