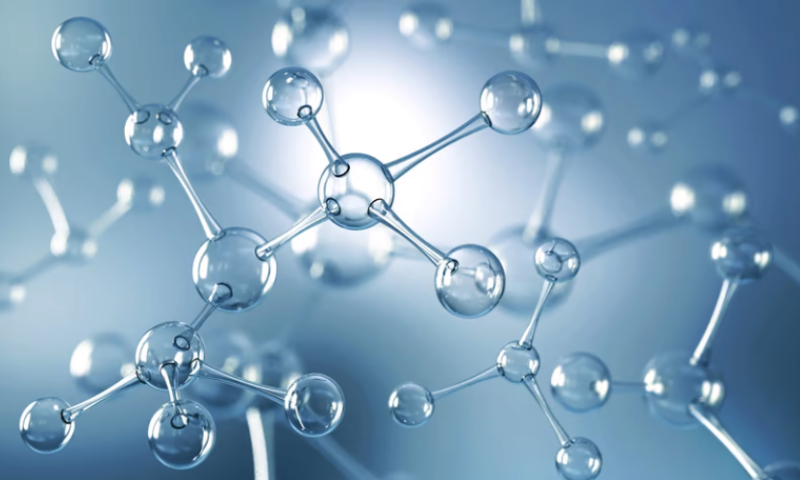 After years of harnessing AI’s promise, the biopharma industry has recently begun to prove that artificial-intelligence-designed molecules can leapfrog their traditionally developed counterparts on their way toward human testing. These days, drugmakers realize that they can shave months or more off of early research stages by incorporating AI.

It’s the result of decades of work, and it’s happening at a time when computer models are finally gaining access to both the massive amounts of computing power and the enormous data sets necessary to uncover potentially new therapies for hard-to-treat diseases.

But if you had to land on a metaphor for the current level of maturity of this technology, would it be described as a toddler starting to find their footing, or perhaps a teenager that’s about to be handed the keys to the car? At Fierce Biotech’s Next Gen event, one panel discussed how AI in drug discovery is beginning to grow up.

“What we are seeing at AstraZeneca is AI entering and penetrating all the different aspects of drug discovery, all the way from early discovery, target identification, validation—including optimizing late-development oncology portfolios, like clinical trial design,” said Iker Huerga, chief data scientist of oncology R&D at the drugmaker.

“I think of AI in drug discovery as maybe a kid that is coming out of elementary school and is ready to enter middle school,” Huerga said. “So that is a reason why, at AZ, we’ve been investing heavily in AI across the entire R&D infrastructure.”

Andrew Radin, CEO and co-founder of Aria Pharmaceuticals and a computer scientist by training, said the growing use of AI in the biopharma industry is accelerating alongside the technology’s reach in all other parts of our lives.

“We have to be fair and recognize that artificial intelligence and these methodologies are everywhere. They’re helping us select the next show we want to see on Netflix, and [are in] self-driving cars—it’s not necessarily narrowed to our industry,” he said. “Then the question is, how are those technologies going to permeate and allow us to go after new opportunities for the future?”

“I expect that the development of new capabilities is going to go way past my lifetime,” added Radin, whose Aria is using machine learning to pursue drug candidates in kidney disease and pulmonary fibrosis. “It’s an approach that’s been on people’s minds for quite a long time now, and will be for many decades to come.”

To that point, AI is also making strides in healthcare and drug development outside of simply generating potentially helpful molecules from scratch: It’s also being used to sift through the thousands of compounds found in nature for possible medicines as well as in the clinic, where it’s been helping to ensure the right patients get the right treatments.

“It’s a completely new paradigm of drug discovery, where you search for small molecules in the genomic space,” said Greg Verdine, Ph.D., founder of FogPharma and LifeMine Therapeutics, the latter of which analyzes the DNA of fungi to find compounds produced by the organisms that can affect human cells.

“It would be difficult to overestimate how important machine learning is to making that all work, from the acquisition of genomic data, to annotating those data, to querying them, to figuring out how to take silent biosynthetic genes and activate them, to figuring out which molecule is the right molecule,” Verdine said. “I just don’t think any of what we’re doing at this time would be doable without AI.”

Meanwhile, in the clinic, drug hunter Exscientia late last year demonstrated that an AI-powered precision medicine platform could propose which therapy would be the most effective for a patient with late-stage blood cancer. The platform made the conclusion based on a high-resolution analysis of the patient’s individual cells and how they fared when tested against as many as 139 different treatments.

Top-line data from that study, unveiled earlier this month, delivered early results demonstrating the drug could reach its target in healthy volunteers. Exscientia said it plans to begin testing higher doses in patients with cancer before the end of this year.

“We’re starting to show for the first time that an AI algorithm can actually improve outcomes and survival in blood cancers,” said Exscientia CEO Andrew Hopkins.

“Exscientia was formed actually 10 years ago, and my daughter was born about the same time. So I look at her and I think of the company like a precocious 10-year-old,” he added.

But growing up comes with growing pains, and, to keep moving forward, collaborations will be key—especially as companies that may have started with a specialty in chemistry and molecule design begin to branch out to different aspects of drug development.

“One of the things we’re really finding is that as you think about the value chain, you need to move upstream to thinking about target identification … but also then downstream to thinking about patient selection,” said Hopkins. “So what you start to see then is we’ll start to build out these end-to-end platforms, where we want AI to think about how the whole process can be reengineered.”

That includes companies that may have started out as a partner or a service provider to larger drugmakers but have evolved into full-fledged biotechs in their own right with wholly owned, in-house product pipelines.

“As we start to think and grow and expand, especially in the last couple of years, we’ve brought in resources to start doing our own new chemical entities, bringing those to market ourselves, and eventually building in clinical expertise,” said Radin. “I think part of what’s very exciting about the industry as a whole is that there’s so many applications for this tool set of artificial intelligence to make impacts in so many places.”

The growth in AI applications can pose existential questions to any young AI company—including whether it should pursue collaborations or simply out-license its early products to other companies for development.

“My feeling is we should figure out what we’re going to own ourselves and not also not be too distracted by partnerships,” said Verdine, whose LifeMine has had a limited collaboration with GSK, while FogPharma has been looking to hold off on finding partners for its drug targeting the protein beta-catenin, part of a signaling pathway linked to at least 20% of all human cancers. “We wanted to continue to have the mindspace and wherewithal to prosecute our own, in parallel with a partnership.”

“It’s really a question of what is the best time, and when are you positioned to be a good partner … so that when you engage in a partnership, that you’re able to fulfill your end of the bargain,” he said. “That’s critical for credibility, and it goes beyond each of our companies. The credibility of all of biotech is at stake, I would argue, every time any biotech company gets into collaboration with Big Pharma. We’re all in the same ecosystem at some level.”

Those factors—and the constant choices that help shape the direction of a company—mean there will always be a place for human experience in the equation.

“What I’m going to say here is very unsexy … but some of the best key decisions that I’ve seen be made, of which asset moves into phase 2 or phase 3, honestly have been made by two or three people in a room, going through clinical data patient by patient,” said Huerga.

“Some of those key decisions for an asset that is on the edge—I could name maybe five or 10 blockbusters that are being used by millions of people every day, that actually hit the market because of that,” he said. “I think it comes down to human intuition. I think technologies are still very far from that, and honestly, I don’t see AI replacing that anytime soon.”

“Artificial intelligence to me is a tool,” said Radin. “One of my favorite things to talk about is that people can pick up tools—I can go to the hardware store, and get all the same tools that a master craftsman uses to build fine custom furniture. Trust me, you don’t want me to make you a dining room table.”

“It’s more than just the tool set itself. It’s all about the creative and the thoughtful process that humans use to use those tools to ultimately make the decisions,” he said. “At the end of the day, when we’re advancing a program, it’s not the output of the computer. It is the human that’s making that choice.”