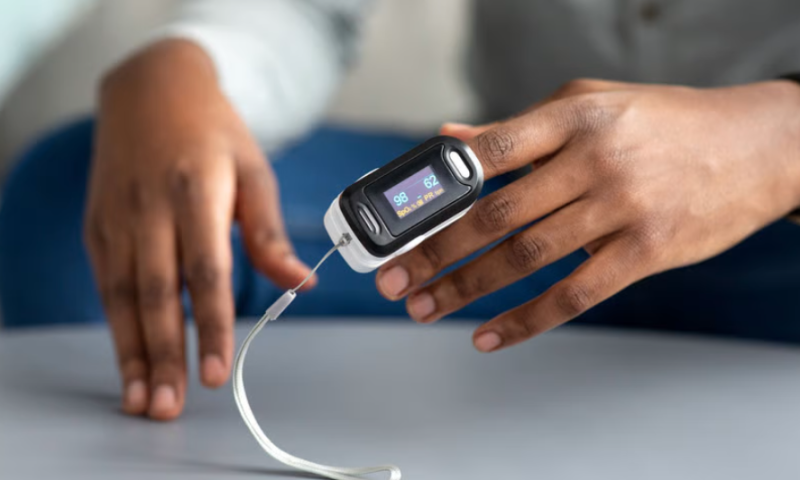 As the FDA convenes an advisory committee meeting to discuss recent studies showing that many pulse oximeters are less effective when used on patients with darker skin, BioIntelliSense is getting a head start on addressing the issue.

The devicemaker unveiled a new pulse oximetry sensor chipset on Tuesday, just a few hours before the scheduled start time of the virtual FDA meeting—in which BioIntelliSense was also slated to participate.

Most pulse oximeters emit red and infrared light through the skin on a patient’s finger, then analyze how that light is shifted by the patient’s blood to calculate the percentage of oxygen in their red blood cells. BioIntelliSense’s version, however, adds a white light and spectral sensor that allow it to automatically adapt to different skin pigmentation.

According to BioIntelliSense, the system continuously adjusts the amount of light emitted based on its absorption by the skin to ensure the blood cells are being illuminated at equal levels; darker skin tones have been found to absorb more light before it can reach the tissue.

The company reported that several studies of its pulse oximetry chipset have confirmed that it can detect hypoxia—in which blood oxygen drops to potentially life-threateningly low quantities—with similar accuracy across all skin tones, even when tested on a variety of oxygen saturation levels.

The spectral sensor also allows the system to continue working even when a user is in motion, compared to traditional pulse oximeters that require them to sit still while a measurement is taken.

The FDA cleared (PDF) the technology in early 2021 as part of an in-hospital patient monitoring system from Zoe Medical. Now in BioIntelliSense’s hands, the system will be integrated into a broader range of monitoring technologies, allowing for “the democratization of this advanced technology across consumer and medical grade devices,” according to James Mault, M.D., the company’s founder and CEO.

First up: Devices from LifeSignals and Biostrap—with which BioIntelliSense has signed separate agreements to embed the pulse oximetry system into their medical-grade wearables—as well as the company’s own BioButton, which is now being distributed through Medtronic for U.S. hospital use.

In recent years, a growing wave of studies have illustrated the disparities in pulse oximeter accuracy between patients with light and dark skin.

One such study published earlier this year found that standard pulse oximeters were significantly more likely to miss cases of hypoxia in Asian, Black and Hispanic COVID-19 patients than in their white counterparts. That oversight, in turn, led to a “statistically significant delay” in the delivery of potentially life-saving COVID treatments for those patients.

The FDA’s Nov. 1 meeting is bringing together the anesthesiology and respiratory therapy devices panel of the agency’s medical devices advisory committee. Its aim is to talk over the devices’ inherent racial biases and develop a set of potential regulatory recommendations to guide devicemakers in producing more equitable products.