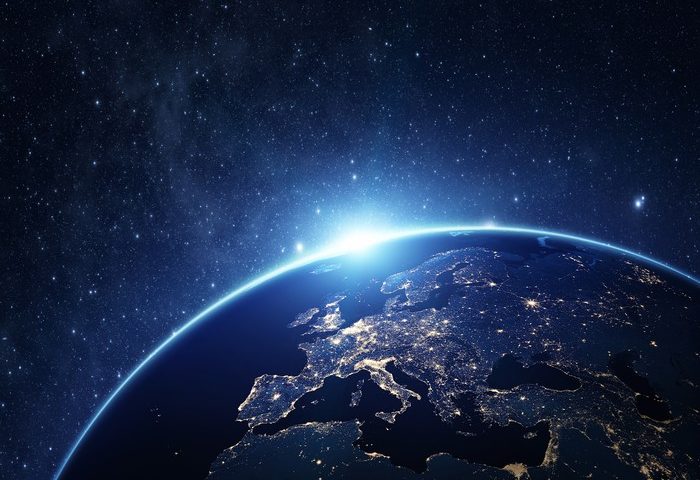 Here’s another reason why investors need not worry much about an economic implosion.

For many investors, the tech bubble of the late 1990s is still a fresh memory. Twenty years later, markets are posting new record highs, and technology is yet again in the driver’s seat. Thus, some worry that another tech-driven market crash will happen sooner or later. However, while technology has been the heart of both advances — then and now — the similarities end there. This time around, tech isn’t just pushing the market higher — it’s bolstering the global economy rather than acting as a ticking time bomb.

An education on bears
Seasoned investors know that stock markets ebb and flow. When they ebb, share values can sometimes experience precipitous drops. After the S&P 500’s nearly 10-year run without a 20% drop, many investors are expecting an imminent bear market.

Over time, company profits are the primary driver of markets, both up and down. The average U.S. business continues to post profit growth, and as of this writing, the vast majority of companies are forecasting that trend to continue. That includes the average technology company, a marked difference from the average dot-com company of the 1990s.

In a vote of confidence for the economy and its continued advance, technology companies are reinvesting profits to promote further growth. What’s emerging is a fast-evolving global economy that could continue to be supported by big tech for years to come.

Big tech is building a new economy
The most notable examples are U.S. heavyweights like Facebook, Apple, Amazon, and Google parent Alphabet. These companies aren’t exactly “fiscally conservative.” Rather than taking a spendthrift attitude to maximize the bottom line, big tech has done a superb job in training its investors to focus on top-line growth with the promise of a bigger payoff later.

The result is hundreds of billions of dollars of capex and research and development (R&D) spending every year. Aggressive spending was a hallmark of the tech bubble, too, but what’s different now is that these companies are spending big bucks while still generating profits from their core operations.

Where are those dollars going? Money is being paid as incentives to hard-working employees, modern infrastructure (like data centers and fulfillment centers) is being built, and R&D dollars are being used to keep innovation moving forward.

The result is hundreds of billions of dollars being spent in the global economy. Just one example is Alphabet, which has more than doubled its spending on new technology and infrastructure in the last year. The company is also adding tens of thousands of new employees. Although value-slanted investors may balk at Alphabet’s price-to-earnings ratio of 34, revenue is growing north of 20% annually. Even with all of the extra investment to promote growth, the Google parent is posting trailing 12-month free cash flow of nearly $20 billion. Plus, rising revenue enables more spending.

Thus, it’s great news for the economy that some of the biggest enterprises are reinvesting profits for growth. This isn’t just an anomaly here. Across the Pacific are Chinese equivalents like Baidu, Alibaba, and Tencent Holdings, all of which are imitating their American counterparts in boosting spending to drive growth.

Of course, none of this means there won’t be bumps in the road. Markets can be volatile and irrational in the short term. (2018 has been a great example of that.) Investors should hold the course, though. The economy is doing just fine, and big technology is helping keep it propped up as it creates a new digital-first world.