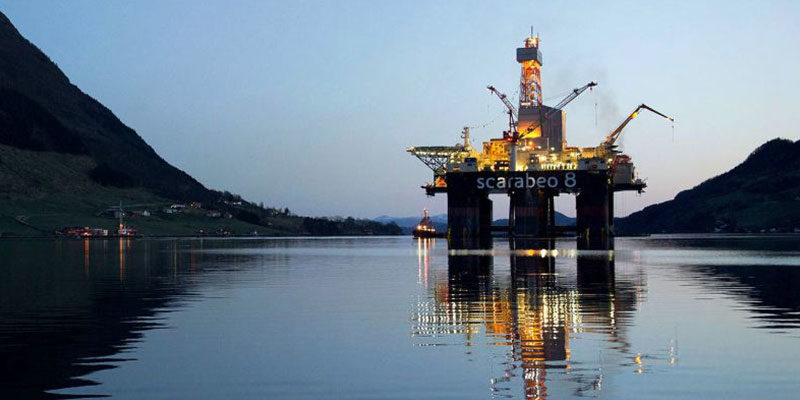 Back in 2015, Royal Dutch Shell Plc and BP Plc cast doubt over the future of aging oil fields offshore Norway. A crash in crude prices and high operating costs threatened to shut them early, leaving millions of barrels in the ground.

Two of the fields, Draugen and Valhall, have since fallen into the hands of smaller, local companies, and they’re now expected to keep producing well into the 2040s.

The recovery in oil prices is certainly helping. But the turnaround also shows how the changing make-up of Norway’s oil industry is putting assets in the hands of new companies willing to invest billions of dollars in projects discarded by the majors. Oil and gas fields that got a new operator since 2010 have had a higher reserve growth compared to the average in Norway, according to Oslo-based consulting firm Rystad Energy AS.

Notes: Figures cover fields that got a new operator since 2010; the national average reserve growth is weighted according to field size

The shift, evident also in the neighboring U.K., will be a key topic of discussion at the ONS Conference, which kicks off in Stavanger on Monday.

The fierce competition between projects in the global oil majors’ portfolios got even more intense after crude fell in 2015. That meant even profitable fields got bumped down their priority list, making them available for smaller companies that also had more time and capacity to take a deeper look at how to improve returns.

“If you have a global portfolio, you need some form of mechanism to allocate your capital,” Karl Johnny Hersvik, Chief Executive Officer of Aker BP, said in a interview last month. “If you only have one portfolio with a few assets to look after, you’re more focused on each individual asset.”

Price Pressure
The collapse in crude prices forced the biggest companies to narrow their focus on higher-return projects, such as U.S. shale or liquefied natural gas ventures. This meant that Norway, with its aging North Sea province and disappointing Arctic exploration, fell off their radar.

Through mergers or asset sales, BP, Shell, Exxon Mobil Corp. and Total SA have all taken a step back from Norway’s offshore, leaving smaller and more specialized companies in charge, often backed by private equity.

A landmark transaction was the 2016 merger of BP’s Norwegian unit with Det Norske Oljeselskap ASA, creating Aker BP ASA. The company plans to more than double its output, to 330,000 barrels of oil equivalent a day in 2023, potentially making it the third-biggest producer in Norway after state-controlled Equinor ASA and Petoro AS. Part of this new output will come from Valhall, where Aker BP aims to produce 500 million barrels, an additional to the 1 billion already sold.

Exxon sold its operated fields to a unit of Norway’s private-equity firm HitecVision AS, which then agreed to merge with Eni SpA’s Norwegian subsidiary. Eni retains 70 percent of the new company, Var Energi AS, which plans to invest $8 billion over the next five years, including on Exxon’s former fields, Ringhorne and Balder, which have been in production since 1999.

In a 4.52 billion krone ($540 million) deal, Shell is set to transfer operatorship of Draugen to OKEA AS, a private equity-backed company which prides itself on its focus on smaller fields. It plans to produce from Draugen into the 2040s, beyond the 2036 target that Shell warned it might not meet.

“We may not have seen the level of investment in existing fields and legacy producers like Valhall and Balder and Ringhorne without these deals,” said Neivan Boroujerdi, an analyst at consultant Wood Mackenzie Ltd. “These are good examples of getting assets into the right hands.”

Capex Rebound
Spending in Norway’s oil industry is expected to rise this year for the first time since 2014, and will get a further boost next year, according to the latest figures from the country’s statistics office. Norway’s recovery wouldn’t have been as dynamic without the new entrants, said both the Petroleum Minister and Rystad analyst Simon Sjothun.

Highlighting the success of the new entrants, BP’s decision to keep its exposure through its 30 percent stake in Aker BP has paid off: the shares it got in the new company have more than tripled in value since the deal. Brokers from UBS to Exane BNP Paribas compared Eni’s deal with Hitec to Aker BP immediately after it was announced, suggesting the Italian major might be seeking to replicate the success.

Yet it’s not all rosy. Even if the super-majors stay invested in Norway through minority stakes in companies and fields, losing the focus of their top managers and engineers could leave Norway with limited access to the industry’s deepest pool of talent, Sjothun said.

Smaller companies also means less financial muscle when the time will come to decommission offshore installations. Norway has already taken steps to ensure taxpayers aren’t left with the bill by warning Big Oil it can’t escape responsibility even by leaving.