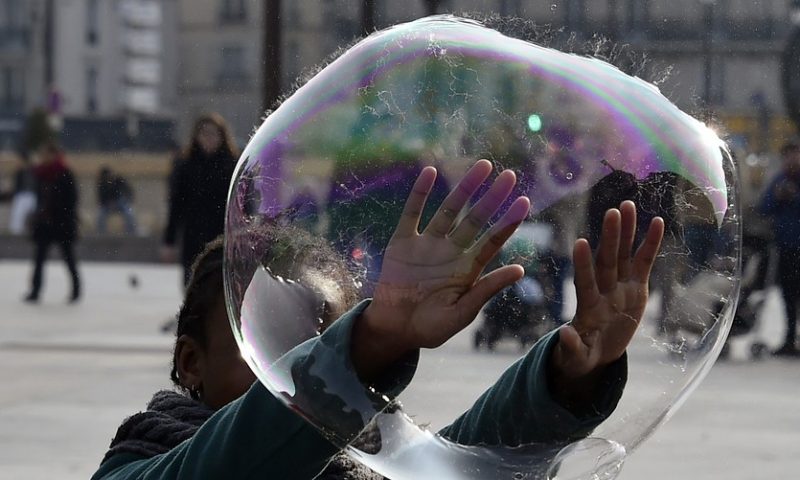 Repeat after me: The stock market is not in a bubble. I suppose it was inevitable that the stock market’s new all-time high this week would cause bubble talk to bubble up, so to speak. Yet, it shouldn’t need repeating, calling something a bubble doesn’t make it a bubble.

To be sure, I’m not predicting that happy days are here again. The absence of a bubble doesn’t mean that a bear market isn’t imminent. But surely there is a difference between a bear market and a bubble bursting.

What is this difference? Will Goetzmann, a finance professor at Yale University, told me in an interview that in large part this has to do with the moral overtone that investors have when they declare something to be forming a bubble. When they do that, he said, they’re saying more than that a bear market is imminent, implying that those who lose big in that bear market will be getting what they deserve.

Journalists may also be co-conspirators in the bubble of bubble talk. That’s because, Goetzmann added, “people get real excited when you mention a bubble.” In deciding which headline to choose for a column forecasting a downturn, for example, editors know that “The Bubble that is about to Burst” will elicit far more readers than “The Upcoming Bear Market.”

Once we move beyond the moral overtones and journalistic incentives that together lead to bubble talk, we’re left with a simple — but difficult — question: What, precisely, is a bubble? Most past academic studies, up until a recent one from three Harvard researchers, concluded that bubbles were only obvious after the fact — and therefore impossible to identify in advance. This Harvard study was one of the first to come up with a definition that allowed for some predictability, but at least according to that definition the current stock market doesn’t come anywhere close to satisfying.

The Harvard study, entitled “Bubbles For Fama,” was conducted by Robin Greenwood, a finance and banking professor and chair of that institution’s Behavioral Finance and Financial Stability project; Andrei Shleifer, an economics professor, and Yang You, a Ph.D. candidate. They defined a bubble to be a price increase of at least 100% over a two-year period that is followed within the subsequent two years by a decline of at least 40%.

When the first of these two preconditions is met, according to the researchers, there is a 53% probability of the second occurring. This probability grows as the two-year price runup increases, furthermore. When the two-year run-up is as much as 150%, for example, the probability of at least a 40% drop over the subsequent two years grows to 80%.

To appreciate how far the current market is from satisfying the researchers’ definition, consider that the S&P 500 SPX, -0.13%  over the past two years has produced a total return of “just” 24%. That’s a far cry from the 100% precondition laid out by the researchers, and is not associated with any increased odds of a subsequent drop of at least 40%.

It’s also worth reviewing a number of other factors that the Harvard researchers found increased the probability of a bubble-bursting crash — factors that come into play only when there is at least a 100% two-year price up. These other factors are increases in volatility, increases in the percentage of firms that issued equity over the trailing year, disproportionate price rises among the newest firms, acceleration in the rate of the price runup, and above-average price/earnings ratios.

By my count, the only one of these other factors present today in a big way is an above-average P/E ratio.

What about the blistering-hot IPO market? It certainly looks to be bubble-like, with IPOs like that of Beyond Meat BYND, -6.68%   sporting huge first-day returns. The stock’s first trade in the open market on May 2 was 84% higher than its initial offering price, and closed that day 163% above its offering price.

But upon taking all of this year’s IPOs into account, their average first-day return is hardly exceptional, as you can see from the chart above.

The bottom line? If you want to predict an imminent bear market, be my guest. But don’t package your prediction in bubble wrap.

Why gold prices have climbed to their highest since 2013