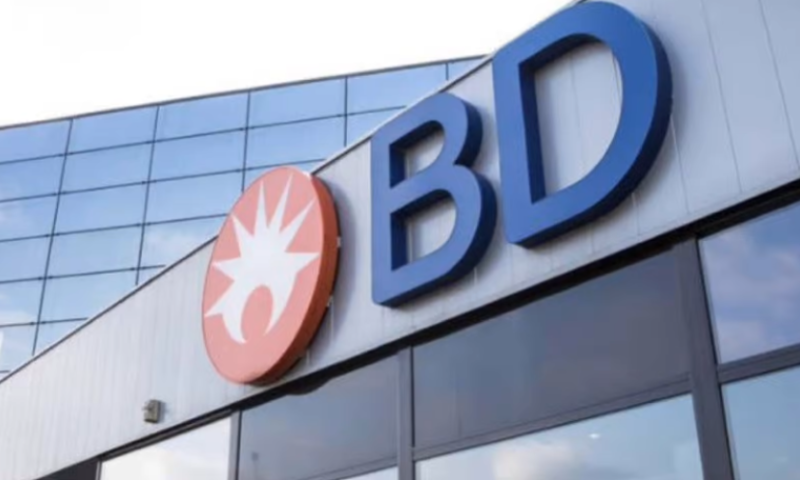 After spinning out its diabetes business into a separate company last quarter, BD said it would move forward as a more agile, yet stable organization, with a stronger focus on the types of hardware that are always in demand within the healthcare industry.

Meanwhile, a broader initiative to simplify its remaining portfolio will see the company drop certain low-performing products. Those moves pushed BD to zero in its revenue guidance, reflecting gains in its base businesses and the departure of its diabetes portfolio under the newly launched Embecta.

“We delivered another quarter of strong growth across our base business through continued focused execution and progress against our BD2025 strategy, despite a dynamic and challenging macro environment,” Polen said, referring to the company’s five-year plan to slim down certain operations while pursuing tuck-in acquisitions to add new ones.

For the first three months of this year, BD collected over $5 billion in revenues, for a slight 2.1% increase over the $4.9 billion it logged during the same period in 2021. That resulted in $454 million in net income, for a 51% boost over the $299 million seen the year prior.

By segment, the company’s medical businesses—spanning drug delivery hardware, catheters and vascular care products—accounted for nearly half of the quarter’s haul, with 4.5% growth resulting in $2.4 billion in sales. Meanwhile, BD’s interventional arm, with its surgical, urology and critical care products, brought in $1.1 billion for about a 10% bump over the $1 billion made last year.

BD’s life sciences division, however, saw a 6.4% decrease, down to about $1.5 billion from $1.6 billion after declines in COVID testing overshadowed 14% growth in its base business.

COVID diagnostic revenues totaled $214 million in the quarter—the second in BD’s fiscal calendar—which the company largely attributed to “higher than expected” demand for its combination test that screens for the coronavirus and the flu at the same time.

BD logged about $400 million in COVID test sales in its fiscal year to date, amounting to nearly 90% of the total it expects to see before the end of September, as demand for testing begins to wane.

Going forward, the company said it sees a solid value proposition in its COVID-flu combo test as the pandemic becomes more endemic. It will become BD’s go-to replacement for COVID testing, and potentially evolve into an at-home combo test following the company’s acquisition of the telemedicine-focused Scanwell Health late last year.

However, it’s currently unknown how large of an impact the upcoming flu season will have this fall and winter, after the spread of that particular bug was blunted the past two years by mask-wearing and social distancing.

For the entirety of its 2022 fiscal year, BD expects its revenues to land between $18.5 billion and $18.7 billion, growing 7.25% to 8.25%—with its standalone diabetes spinout, Embecta, walking away with about $1.1 billion to call its own after its official launch April 1.

Outside of Embecta’s impacts, BD adjusted its revenue forecasts upwards with a $500 million nudge among its legacy, prespinout businesses, compared to the estimates it announced in February during the previous quarter.

The separation, nearly a year in the making, includes a near-century-old business that launched in 1924 with a specialized insulin syringe. Today the pure-play company’s portfolio includes a range of syringes, insulin pen needles and a handful of accessories as well as BD’s diabetes care app. Embecta is scheduled to host its inaugural quarterly earnings call on May 13.