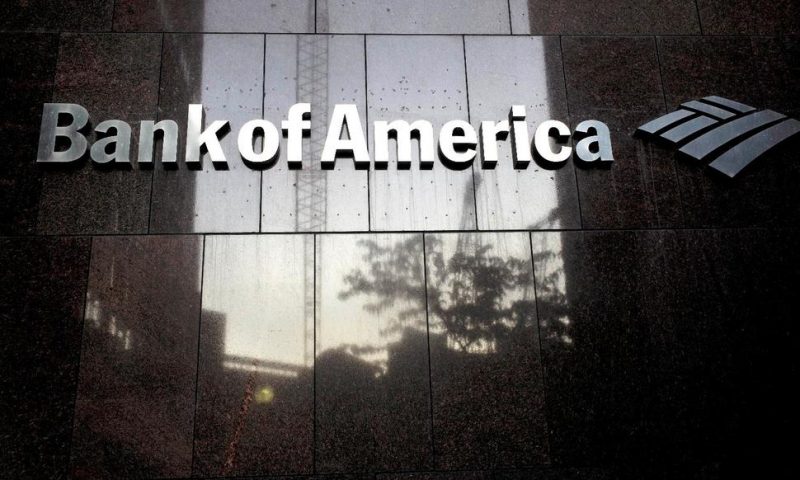 NEW YORK — Bank of America’s third quarter profits fell 19% from a year ago as the bank wrote down the value of its long-time joint venture payment processor First Data.

Excluding that non-cash charge the bank topped expectations, though it’s being pressured by falling interest rates.

The results exceeded Wall Street expectations. The average estimate of five analysts surveyed by Zacks Investment Research was for earnings of 50 cents per share.

Bank of America had to write off the value of its First Data partnership after First Data was acquired by Fiserv earlier this year. Both companies do payment processing for merchants at the point-of-sale.

Low interest rates are taking a toll on the banking sector. Bank of America typically is invested in shorter-term bonds and securities, which are more impacted by the Federal Reserve’s interest rate decisions. As rates rose the last two years, BofA benefited greatly, posting some of the best profit gains in the industry. But now that the trend is reversed.

Net interest yield at BofA, which is how much spread the bank earns between what it costs to borrow and what rates it is lending to borrowers, declined 0.04 percentage points to 2.41%. Net interest income at BofA rose a modest 1% from a year earlier.

The bank was able to grow loans quite noticeably in the quarter, despite worries that businesses and consumers were slowing down in borrowing.

Like other bank executives this quarter, BofA CEO Brian Moynihan appeared to be less optimistic in his comments about the economy.

“In a moderately growing economy, we focused on driving those things that are controllable,” he said in a prepared statement.

Before the opening bell Wednesday, shares rose more than 2%.

US Retail Sales Dip 0.3% in September