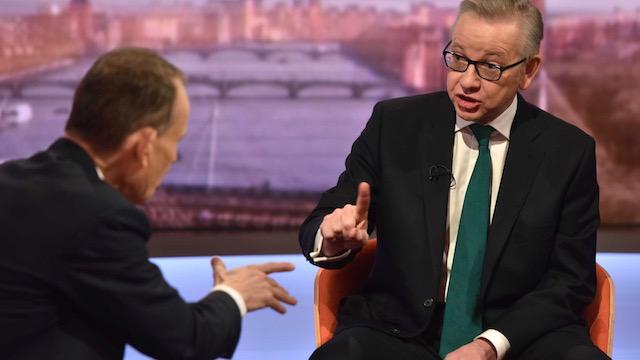 Theresa May’s chief Brexit adviser secretly warned her that the Northern Ireland “backstop” agreed in her deal with Brussels was a “bad outcome” for Britain, it has been reported.

In a letter to the British prime minister, Oliver Robbins said the backstop, intended to prevent the return of a hard border with Ireland, would mean the imposition of regulatory checks between the North and the rest of the UK, according to The Daily Telegraph.

The disclosure will add to the pressure on the prime minister at the start of another difficult week as she battles to save her Brexit deal ahead of the crucial Commons vote on December 11.

The paper, which said it had been passed details of the letter by a “concerned minister”, said Mr Robbins had advised there was no legal “guarantee” Britain would be able to exit the backstop, potentially leaving the UK tied to EU customs arrangements.

He was said to have written: “We should not forget that the backstop world, even with a UK-EU customs union, is a bad outcome with regulatory controls needed somewhere between GB and NI, serious and visible frictions and process between GB and the EU, and no security co-operation provided for.”

The leak is likely to intensify demands for the UK government to release the full legal advice on the withdrawal agreement if it is to avoid a major constitutional battle with parliament.

British attorney general Geoffrey Cox will on Monday attempt to head off a threat by opposition parties to initiate proceedings against the Government for contempt of parliament.

Ministers have been accused of ignoring the will of the house after saying they will publish only a “full reasoned political statement” on the legal position concerning the withdrawal agreement.

MPs from across parliament have argued that they are required to release the full advice — including Mr Cox’s legal opinion — following a binding vote last month.

Ministers chose not to oppose the motion — tabled by Labour under an arcane procedure known as the humble address — as they feared a damaging Commons defeat.

Mr Cox will make a statement and answer MPs’ questions in the House in an attempt to address their concerns.

However shadow Brexit secretary Sir Keir Starmer has warned Labour will join with other opposition parties in writing to speaker John Bercow to initiate contempt proceedings if the advice is not released.

Worryingly for ministers, Labour says it has the support of the DUP — who prop up the government in the Commons — as well as the SNP and the Liberal Democrats, while many Tory MPs are also demanding to see the advice.

In his weekly column in The Daily Telegraph, Boris Johnson said it was a “scandal” that ministers were withholding the full advice.

“It is outrageous that the public should be prevented from knowing the full legal implications of this appalling deal — when it is their rights, their freedoms, their hard-won suffrage, that are about to be bartered away,” he said.

Speaking at the weekend, Mr Starmer warned the Government was setting itself on a “collision course” with parliament if it did not back down.

“If it is now moving into the territory of ignoring parliament altogether and breaching an order of parliament, then we’re getting to very, very deep water,” he said.

Under Commons rules, if the speaker allows a contempt motion to go before the House and the vote is carried, it would then be referred to the Committee of Privileges.

If the committee rules a contempt has occurred, it can recommend a suitable punishment which is then put back to MPs to agree.

In theory, the most severe penalty is expulsion from the House, although the prospects of that happening would appear remote.

However any finding against the Government would be potentially highly damaging for Mrs May at a time when she is at her most vulnerable politically.