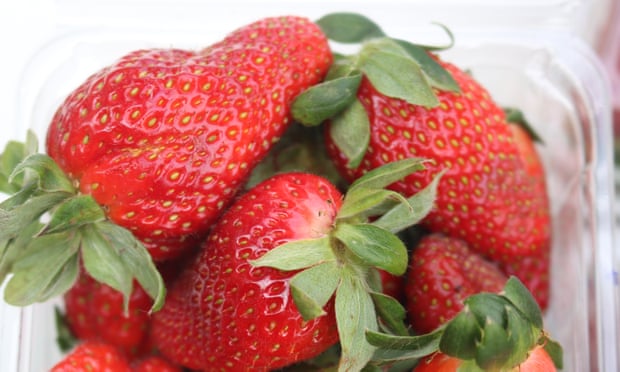 An Australian strawberry brand has been withdrawn from sale in New Zealand after needles were found in a punnet sold in a Auckland supermarket.

The Countdown supermarket chain said the brand, Australian Choice, was being pulled off the shelves.

“Customers can return any Choice brand of strawberries they may have at home to Countdown for peace of mind and a full refund,” the supermarket said in a statement.

“As an extra precaution and following similar advice from public health authorities in Australia, customers should cut up any Australian strawberries before eating them,” it said.

“Countdown is in contact with both New Zealand and Australian authorities as they investigate this matter.”

The Australian Choice brand has not been recalled in Australia, where there have been more than 100 reports of tampered fruit across the country.

Queensland police are leading the investigation, and the premier, Annastacia Palaszczuk, is offering a $100,000 reward for anyone with information that leads to the arrest of those responsible.

Police in Australia suspect many of the reports could be fake, or copycat contamination. A man in South Australia was due to face court on Monday charged with falsely claiming goods had been contaminated after he allegedly reported finding a needle in a strawberry his daughter was eating.

The government passed legislation last week increasing the penalty for food contamination to 10 to 15 years jail.