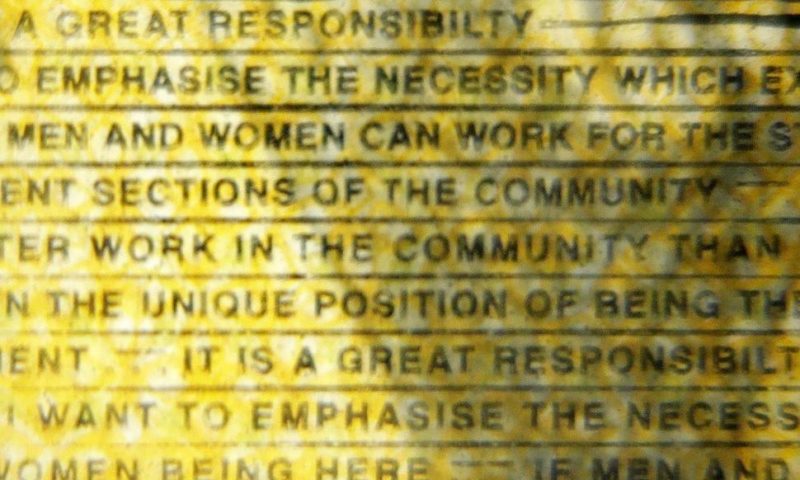 Australia’s central bank has taken responsibility for typos on 46 million bank notes after a radio station posted an image of the microscopic error.

CANBERRA, AUSTRALIA — Australia’s central bank has taken responsibility for typos on 46 million bank notes after a radio station posted an image of the microscopic error on social media.

Triple M radio posted on Instagram on Thursday a magnified photograph of a 50 Australian dollar ($35) note showing the misspelling of “responsibility.” The word appears three times on the note and the third “i” is omitted every time.

The Reserve Bank of Australia said the spelling error will be corrected at the next print run later this year. The latest version of the notes was released in October.

Australia’s high-tech polymer notes are among the most difficult in the world to counterfeit due to their extraordinary level of detail. The technology has been exported to other countries.

The AU$50 note is known colloquially as a pineapple because of its yellow hues and bares an image of the first woman elected to an Australian parliament, Edith Cowan.

The misspelling appears in an extract from her first speech to the Western Australia state Parliament in 1921.

US Sanctions to Hit Iran’s Metals Industry, a Major Employer