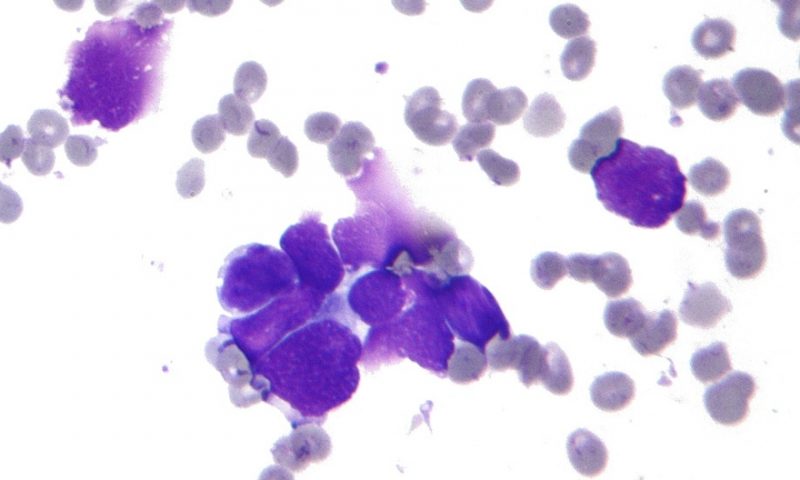 Last June, Sierra Oncology steered most of its dwindling resources towards developing a phase 3 myelofibrosis drug that it picked up from Gilead, as it searched for new ways to fund SRA737, a CHK1 inhibitor that had notched impressive early results in metastatic anogenital cancer.

Now British researchers say they have found a potential new use for SRA737—one that could greatly expand its target patient population. Scientists at the Institute of Cancer Research in London and the University of Kent discovered that combining the drug with another protein inhibitor leads to insurmountable DNA damage that causes cancer cells to die. They published their findings in the journal Cancer Research.

The team started by treating lung and bowel cancer cells with Sierra’s drug. Then they looked for a way to increase the ability of SRA737 to kill cancer cells by screening genes for other targets that could be blocked.

In so doing, they landed on the B-family of DNA polymerases, which are proteins that help to ensure that DNA copies are accurate. When they inhibited B-family DNA polymerases with a compound called aphidicolin, and combined it with SRA737, they observed higher amounts of cell death in eight of the nine cell lines they tested.

“We found that doubling up on drugs that target the systems for repairing DNA could be effective even against cancers that do not respond to single-drug treatment,” said co-lead author Paul Workman, CEO of the Institute of Cancer Research, in a statement.

The researchers also discovered that low levels of the polymerases can be detected in some tumors. Therefore tumor testing could be used on patients most likely to respond to a combination of SRA737 and inhibition of B-family DNA polymerases, they suggested.

Sierra licensed SRA737 and another drug in 2016, in the hopes of rebuilding its pipeline to focus on assets that attack cancer by interfering with DNA damage repair. The company, which changed its name from ProNAi Therapeutics, completed a phase 1/2 trial in advanced solid tumors and non-Hodgkin’s lymphoma and had started a second phase 1/2 in combination with Gemzar in solid tumors. But now that Sierra has turned its focus to the ex-Gilead drug, a JAK inhibitor called momelotinib, the future of SRA737 is unclear.

Eli Lilly was also working on a CHK1 inhibitor, prexasertib, which it picked up from Array BioPharma. But it abandoned that development program last spring.

Nevertheless, the Institute for Cancer Research believes CHK1 inhibitors could have a bright future as part of combination strategies aimed at forcing cancer cells to die. Aphidicolin is an unsuitable blocker of B-family DNA polymerases, however, because it is too toxic to be used in people. So the research team is now searching for suitable drug candidates that can block the polymerase family. Once they land on one, they plan to test it alongside SRA737 or other CHK1 blockers in animal studies, they said.