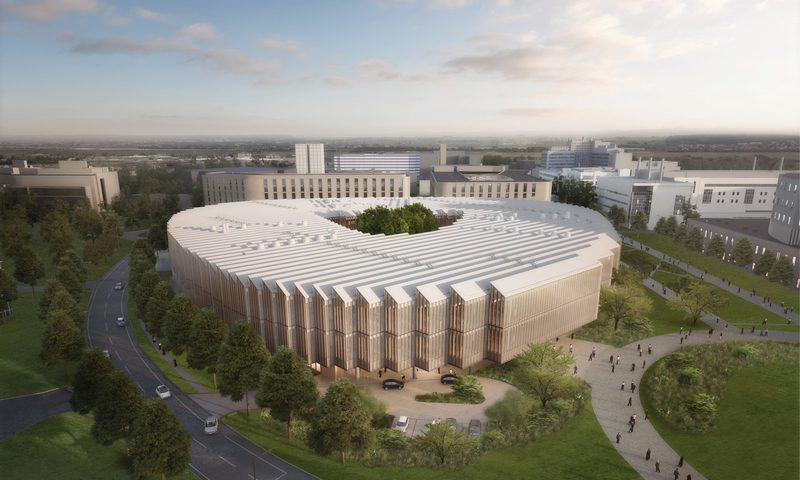 The forecast cost of AstraZeneca’s new headquarters in Cambridge, U.K., has ballooned to $1.3 billion (£1 billion), more than three times the original target. AstraZeneca blamed the overspend on the complexity of the build, construction cost inflation and other factors.

When AstraZeneca revealed plans to move from Alderley Park to Cambridge in 2013, it expected to spend £330 million on the building and have 2,000 staff working from the new site by 2016. Both of those predictions proved to be wildly optimistic, with the forecast cost shooting up and the move-in date sliding back in stages since AstraZeneca first disclosed the relocation seven years ago.

In what is becoming an annual custom, AstraZeneca disclosed further overspending on the building in its full-year report (PDF). Having seen the cost forecast rise from £330 million to £500 million to £750 million in recent years, AstraZeneca investors now have to swallow the news that the budget has hit £1 billion.

AstraZeneca’s explanation of why the current forecast dwarfs the original budget hit the same beats as the comments it made one year ago to justify the projects then-£750 million spending plan.

“Costs for the project have risen since our original projection due to the complexity of the build, construction cost inflation, including the impact of a weakening pound, and increased investment in new technologies and equipment,” AstraZeneca wrote, singling out “genomics and screening lab” as types of new technologies and equipment it is adding.

AstraZeneca retained that target in its latest update. However, while AstraZeneca expects some staff to start occupying the site this year, “practical completion” of the project is penciled in for the end of 2021. If AstraZeneca hits its targets, the building will come in five years late and three times over budget.

The latest forecasts were provided by a different construction manager than the one that started the project. AstraZeneca put a new construction manager in place late in 2018, switching from Skanska to Mace, according to The Times, in a change it framed as a reflection of the shift in focus “from the base building infrastructure and exterior towards the fit-out of laboratory and scientific support spaces, interior design of the office areas and landscaping.”