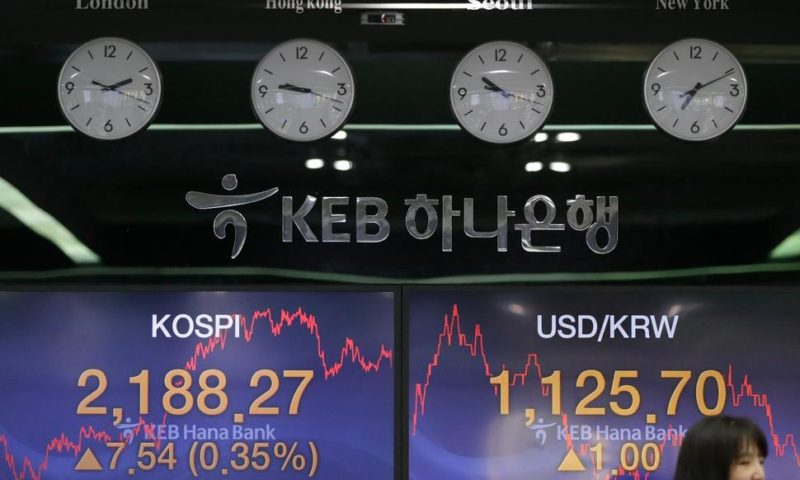 U.S.-CHINA TALKS: Treasury Secretary Stephen Mnuchin leads a delegation to Beijing on Thursday for talks aimed at resolving a tariff war over American complaints about Chinese technology ambitions. The dispute threatens to chill global economic growth. The talks are the last scheduled high-level meeting before an agreement by both sides to suspend further punitive action against each other’s goods expires March 1.

U.S. GOVERNMENT SHUTDOWN: Traders were watching negotiations in Washington aimed at averting another government shutdown. Democrats and the GOP disagree over how much to spend on President Donald Trump’s promised border wall. A Friday midnight deadline is looming to prevent a second partial government shutdown.

GLOBAL ECONOMY: Fears of a global slowdown were given additional fuel from a report showing Britain’s economy had its slowest economic growth since the aftermath of the global financial crisis. Both Europe overall and China are contending with slower growth.

US border security deal reached to avert new US shutdown