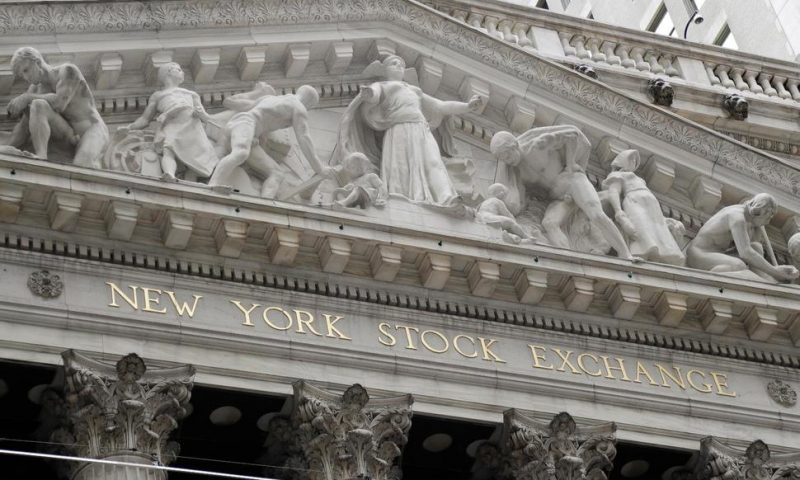 Benchmarks in Shanghai, Tokyo and Hong Kong all declined.

U.S. shares retreated, led by a tech sell-off, as investors weighed mixed earnings from McDonald’s, Procter & Gamble and other big companies. That blunted investor optimism that had been fed by hopes for progress in settling a damaging U.S.-Chinese tariff war.

The president of the European Council, Donald Tusk, said he would recommend the other 27 nations in the trade bloc grant Britain’s request for an extension to its Oct. 31 deadline to withdraw.

Britain wants a three-month delay until the end of January 2020. That was done after Parliament passed a law forcing Prime Minister Boris Johnson to seek the postponement.

“Alongside Brexit, the relatively mixed set of earnings out of the US overnight provides poor leads for Asia markets,” said Jingyi Pan of IG in a report.

More results from Boeing, Caterpillar and other industrial names due Wednesday “could cap the gains for the S&P 500 index,” said Pan.

The Nasdaq, which is heavily weighted with technology stocks, bore the brunt of the selling, losing 0.7% to 8,104.30.

Investors have been shifting their focus to corporate earnings reports as they wait for developments in U.S.-Chinese trade negotiations. Investors were optimistic after President Donald Trump agreed to postpone a planned tariff hike following the latest talks in Washington. That helped the S&P 500 to turn in gains for the past two weeks.

Analysts came into this latest earnings season expecting profits to decline overall for companies in the S&P 500. But with about 15% of companies in the index reporting so far, results have been unexpectedly positive.

Earnings growth fell slightly in the first and second quarters, according to data from FactSet, which was better than Wall Street’s expectation at the start of those reporting seasons.

McDonald’s slid 5% after reporting that third-quarter profit and revenue fell short of forecasts. It was one of the big decliners among companies that rely on consumer spending.

Biogen soared 26.1% after the biotechnology giant handily beat Wall Street’s third-quarter profit and revenue forecasts. It also said it will ask regulators to approve a treatment for Alzheimer’s.

Netflix led, dropping 4.1%. Facebook lost 3.9% following news that a state-level antitrust investigation into the social networking giant now has the backing of a bipartisan group of 47 attorneys general.