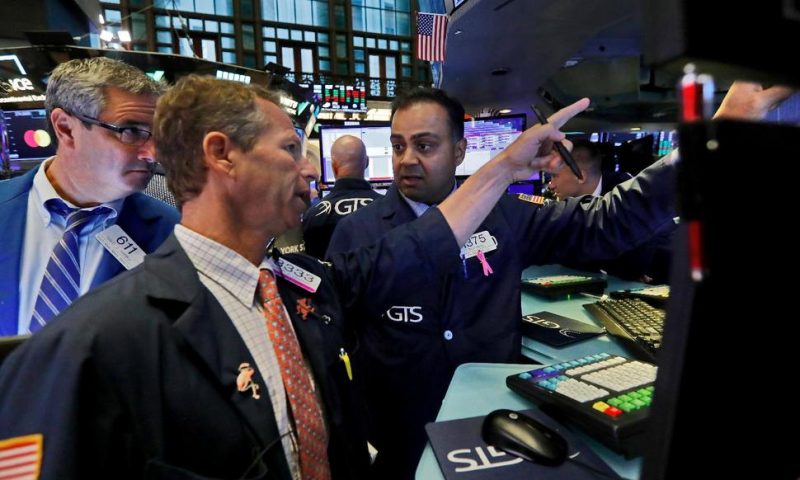 Traders were encouraged by President Donald Trump’s plan to meet Beijing’s chief trade envoy. Economists say a final settlement to the sprawling dispute is unlikely this year, but some traders are hoping for a cease-fire on further tariff hikes or other issues.

Markets have soared and fallen during 12 previous rounds of talks that produced little progress toward ending the costly fight over Beijing’s trade surplus and technology ambitions.

“It looks like investors are positioning themselves for a potentially favorable outcome,” said Fawad Razaqzada of Forex.com in a report. “Are investors setting themselves up for disappointment?”

The Shanghai Composite Index declined to 2,945.50 as traders took profits.

On Wall Street, tech stocks and banks led a rally Thursday as the trade talks began in Washington.

Trump said he would meet Friday with Vice Premier Liu He, head of the Chinese delegation. Trump said China wants to make a deal.

The trade war has dragged on for 15 months, damaging both economies and raising fears of a global recession. Markets have been jittery this week as U.S.-Chinese tensions escalated.

Beijing lashed out at American companies including Apple Inc. and the National Basketball Association over protests in Hong Kong.

The Trump administration has slapped tariffs on more than $360 billion worth of Chinese imports. Tariffs on $250 billion worth of goods are set to increase to 30% from 25% on Oct. 15, and new tariffs will kick in on another $160 billion on Dec. 15. That would extend import taxes to virtually everything China ships to the United States.

China has hit back by targeting about $120 billion in U.S. goods.

ENERGY: Benchmark U.S. crude rose 20 cents to $53.75 per barrel in electronic trading on the New York Mercantile Exchange. The contract rose 96 cents on Thursday to close at $53.55. Brent crude, used to price international oils, advanced 21 cents to $59.31 per barrel in London. It added 88 cents the previous session to $59.10.