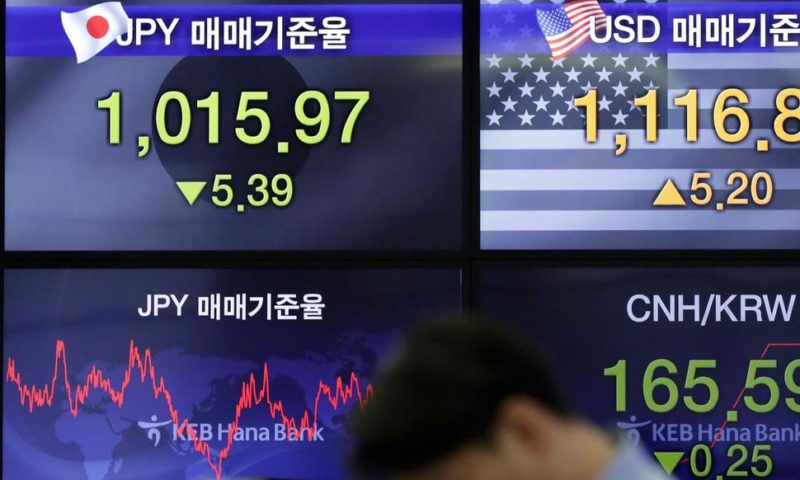 SINGAPORE — Asian shares were mostly higher Thursday on news that the Reserve Bank of Australia may cut interest rates, driving hopes that other central banks could come to the same conclusion. Markets in China, Hong Kong and Taiwan were closed for Lunar New Year.

Philip Lowe, the governor of Australia’s central bank, said in a speech on Wednesday that lower interest rates “might be appropriate at some point” if the country’s unemployment rate keeps rising and inflation targets aren’t achieved.

The central bank kept its official interest rate at a record-low 1.5 percent earlier this week. But it downgraded its 2019 growth forecast for Australia to around 3 percent from 3.5 percent.

“In adopting a more evenly balanced stance, the RBA has opened the door for a rate cut if increased global risks and the weaker housing market forces more downgrades in its sanguine growth or inflation outlook,” DBS Group Research strategists Philip Wee and Duncan Tan said in a commentary.

When borrowing is made less expensive, the increase in spending by businesses and consumers could give the economy boost. Central banks in the Philippines, India and the U.K will meet later today but they are expected to leave rates unchanged.

Japan’s Nikkei 225 dropped 0.7 percent to 20,736.89 on concerns over U.S.-China relations. U.S. Treasury Secretary Stephen Mnuchin and trade representative Robert Lighthizer will lead a delegation to Beijing next week for the next round of trade talks, but the issues at hand are complex.

These include contentious issues like Beijing’s technology policy and trade practices, where progress has been limited so far.

Mnuchin also said that there were no plans for President Donald Trump to meet Chinese leader Xi Jinping. “If there are remaining issues that we can’t get closed, I think President Trump expects that he’s going to sit down with President Xi and address those issues,” he said.

In other trading, New Zealand’s NZX index advanced 0.8 percent to 9,914.64 and South Korea’s Kospi rose 0.3 percent to 2,209.76. Stocks rose in Singapore and the Philippines but fell in Indonesia.