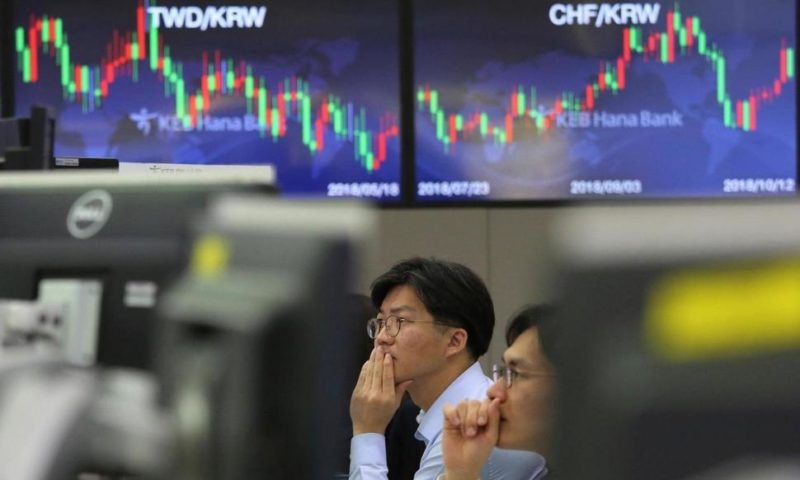 SINGAPORE — Asian stocks were mixed on Friday as better-than-expected Chinese trade data gave some markets a breather from worries about the impact of punitive tariffs.

WALL STREET: U.S. indexes tumbled for the second consecutive day, on worries that rising interest rates and trade tensions could hurt global growth. The yield on the 10-year Treasury Note fell, hitting bank stocks. Technology and retail companies continued to stumble. The benchmark S&P 500 index started the day with gains, but ultimately lost 2.1 percent to 2,728.37, its lowest close in three months and sixth straight loss. The Dow Jones Industrial Average dropped 2.1 percent to 25,052.83. The Nasdaq composite gave up 1.3 percent to 7,329.06. The Russell 2000 index of smaller-company stocks fell 1.9 percent to 1,545.38.

CHINESE TRADE: Official data released on Friday showed that China’s trade balance strengthened to $31.7 billion in September from $27.9 billion in the previous month. This surpassed market expectations of $19.7 billion. Year-on-year exports grew, and imports were not far off from what was predicted.

ANALYST’S TAKE: “There’s a semblance of sanity returning to the markets, but we are no nearer a significant recovery,” Stephen Innes of OANDA said in a commentary. News reports that U.S. Treasury Secretary Steven Mnuchin was advised against labeling China as a currency manipulator — a status that could trigger penalties — “has eased tension although we are not out of the weeds just yet,” he said. The U.S. Treasury will soon release a currency report that some analysts suggest might change the official stance on China’s exchange rate policy.