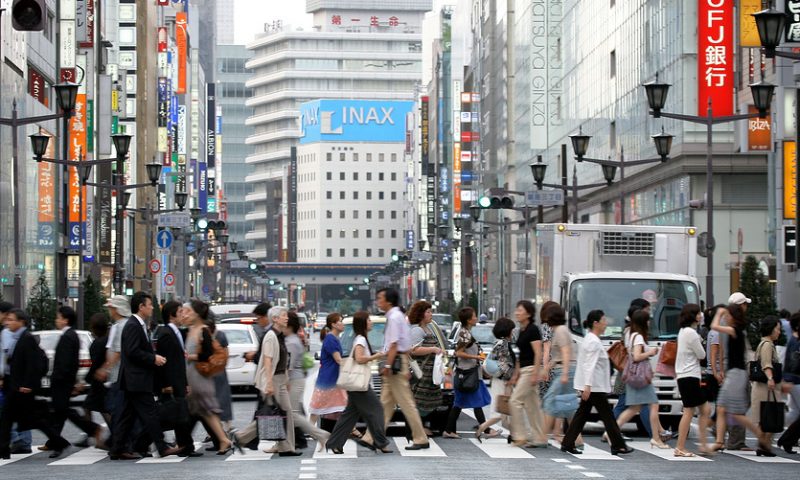 Asian shares were mixed Monday, following a healthy report on U.S. jobs, while investors cautiously awaited the upcoming trade talks between the U.S. and China.

Wall Street ended a choppy week of trading with a broad rally that drove the Dow Jones Industrial Average more than 370 points higher.

The gains Friday also gave the S&P 500 its best day in seven weeks, though the benchmark index still finished with its third straight weekly loss. The job market data for September showed the U.S. unemployment rate dropped to a five-decade low and employers were adding jobs at a healthy clip.

If the job market can remain strong, it would allow U.S. households to keep spending. And that spending strength has been the hero for the economy recently, propping it up when slowing growth abroad poses a threat and President Donald Trump’s trade war with China saps exports and manufacturing.

The world’s two largest economies are set to talk again this week about trade. Markets have been quick to swing on any hint of movement in their dispute, which has dragged on manufacturing around the world, including Asia, and pushed CEOs to delay investments amid uncertainty.

Bloomberg News reported Sunday that Chinese officials have narrowed the scope of issues they will discuss at the trade talks, lessening the chances for a broad agreement.

Robert Carnell, chief economist and head of research Asia-Pacific at ING, noted some optimism about the trade talks but warned that past optimism was often misplaced.

“It looks as if we are back to considering the merits of a narrow trade deal today, as news stories break suggesting that China is not looking to make a broader trade deal along the lines it is reported the U.S. is seeking,” he said.