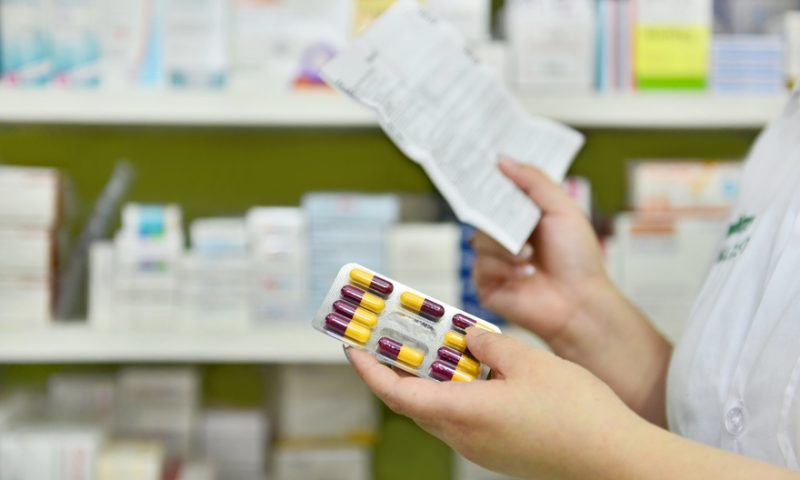 The COVID-19 pandemic has spurred enormous interest and innovation in vaccines, antivirals and anti-infective drugs and for obvious reasons. There’s another area that might have been buoyed by the threat of a new illness that had no specific treatments—but wasn’t. That area, of course, is antibiotics development.

“There is no question that investors on the Street and Big Pharma partners have overlooked and undervalued infectious disease,” said Aridis Pharmaceuticals CEO Vu Truong, Ph.D., during the annual J.P. Morgan healthcare conference. “Traditionally, antivirals have always been of interest … but by and large, infectious disease, particularly antimicrobial resistance, has been overlooked, not only leading up to the pandemic but many years before that.”

Big companies including Novartis, AstraZeneca and Eli Lilly have backed away from antimicrobials research, while many small biotechs trying to fill the gap have foundered. In the span of one year, antibiotics makers Aradigm, Achaogen, Melinta and Tetraphase all filed for bankruptcy protection; all but Melinta had approved products.

The World Health Organization (WHO) kicked off 2020 by taking Big Pharma to task on the dearth of innovation in antibiotics R&D. In two reports, it noted a “weak pipeline for antibiotic agents” bringing “little benefit over existing treatments.” Unless the industry changes what it’s doing, the World Bank estimates antimicrobial resistance could cause 10 million deaths annually by 2050.

Since the WHO’s scolding, Big Pharma players have united in a $1 billion fund to shore up struggling antibiotics companies, while individual companies like Pfizer and Roche struck deals to bring in new antimicrobials work.

Despite the looming threat of antimicrobial-resistant bacteria that may well cause the next pandemic, the antibiotics field remains relatively neglected for various reasons.

One reason is that it’s hard to develop new classes of antibiotics. This “chronic lack of innovation doesn’t get investors excited,” Truong said. Another reason is that the way companies have been developing antibiotics doesn’t lend these new treatments to front-line usage.

“One of the challenges is the over-reliance on non-inferiority trial design. These are the clinical trial designs that serve primarily to demonstrate parity to the standard-of-care antibiotics,” Truong said.

Problem is, simply showing a new antibiotic is no worse than a well-known drug isn’t exactly a convincing argument.

This leads doctors to save new, branded antibiotics for difficult cases, infections that are resistant to these generic antibiotics.

“All new antibiotics tend to get shelved—they don’t get used, they don’t get revenues … So, investors just don’t see this as a significant moneymaker, pharma companies don’t see this is a big moneymaker,” he said. “Payers don’t see a material improvement in performance over standard of care, so they don’t believe the reimbursement price is properly justified for all populations. These are problems that stretch all the way through the full spectrum of antibiotics development.”

With its pipeline of bacteria-fighting monoclonal antibodies, Aridis is working to tackle the first two problems: injecting innovation into the space and testing its programs in a way that show they’re better than the incumbents rather than simply not worse.

Aridis’ pipeline is based on two discovery platforms that mine the immune responses of people who have survived various bacterial infections.

“We have our technology platform screen the B-cell repertoire of these patients, asking which of these cells are making the most potent neutralizing antibodies and use those to treat the masses,” Truong said.

Treating the masses with antimicrobials may sound counterintuitive. After all, it’s the misuse and overuse of such drugs that results in drug-resistant superbugs. Here’s where the antibody approach offers an advantage.

“Antibiotics are in general more vulnerable to resistance than antibodies because antibiotics primarily target essential enzyme functions that are shared across many bacterial species,” Truong said in an email. “This allows the antibiotics to exhibit a broad activity spectrum, but comes at the cost of higher vulnerability to drug resistance because these are also the gene targets that bacteria have developed high mutation rates to (leading to resistance).”

Instead of enzymes, antibodies generally aim for targets on the cell surface that aren’t involved in essential processes like synthesizing RNA or proteins, Truong added. These targets are less likely to mutate. Finally, the company is working to pinpoint conserved sequences in the genetic code of pathogens so it can identify antibodies that home in on these more stable regions.

On the clinical trial side, Aridis is pitting its drugs against a comparator arm, namely the standard-of-care antibiotic, in a trial designed to show superiority.

“We seek to show if these drugs work, where they are better than the standard of care in terms of clinical benefit, but also in pharmacoeconomic benefit and if we can get patients out of the hospital or out of the ICU faster,” Truong said.

If Aridis can prove its antibodies can help patients get better faster—and cut hospital costs at the same time—the company believes they will be used as a front-line treatment and not be relegated to difficult-to-treat, drug-resistant infections.

As the biopharma industry continues to fight COVID-19, Truong expects some growth in the infectious disease space. But the antibiotics segment will “grow in a rather timid fashion” until multiple companies report late-stage data for new antimicrobial mechanisms that can convince the world that new antibiotics can be widely used and therefore generate revenue. With phase 3 data for its lead program against Staphylococcus aureus coming in the next year, Aridis hopes it can help move the needle.

Secretive Sana, still a year away from the clinic, files for an IPO after a mammoth raise