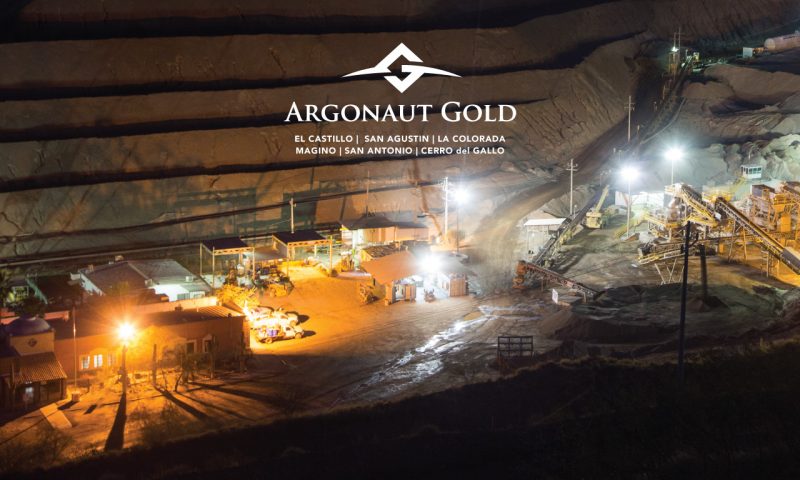 It was a tough day for Argonaut Gold Inc. (AR:CA) as its stock fell 5.41% to finish the day at $1.75 a share on November 21. That reduces the company’s market cap to 314.1 million on 179.49 million outstanding shares. Argonaut Gold Inc. is a component of the the S&P/TSX SmallCap Index.

305,649 shares exchanged hands over the course of the day as compared with an average daily volume of n/a over the last 30 days.

Argonaut Gold Inc is a Canadian gold company engaged in the exploration, mine development and production activities in North America. The company operates in the mining industry and its principal product is gold. It operates various projects namely El Castillo, La Colorada and San Antonio which are located in Mexico and Magino project located in the region of Canada. The group’s revenue is generated from the sale of product originating from Mexico.. Argonaut Gold Inc. makes its home in Reno, NV, and currently has CEO Peter C. Dougherty at the helm.

Argonaut Gold Inc. ($AR:CA) is one of the 200 Canadian small-cap stocks that make up the S&P500/TSX SmallCap Index, the widely recognized benchmark for gauging the performance of the Canadian small-cap market. Similar to the Russell 2000 in the United States, the index is market cap-weighted and consists only of smaller companies. To be a part of the index, a company must have a market capitalization between C$100 million and C$1.5 billion with an average share price of C$1 or more.