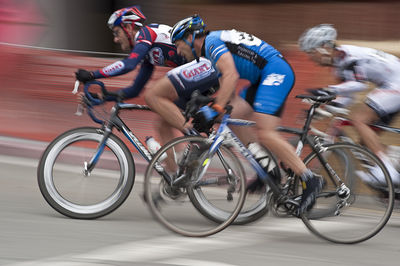 Highflying tech stocks have taken a beating since September, but some investors argue that’s about to end

The story of the stock market’s past three months has been all about defense.

Whereas high-growth tech stocks had powered the market higher in 2017 and much of this year, that all came to an end in the third quarter of 2018, when once-highflying names came crashing down to earth.

The NYSE FANG+ NYFANG, +0.38%  index, which tracks Facebook Inc.FB, -1.06% Apple Inc. AAPL, -0.85% Netflix Inc. NFLX, -1.28% and Google-parent Alphabet Inc. GOOG, -0.17% as well as other high-profile, high-growth tech names, has lost nearly 12% since the middle of September. The acronym FAANG, referring to those stocks plus shares of Amazon.com Inc AMZN, -0.31%has become shorthand for the concentrated group of large-cap highfliers.

With the widening belief that the current economic expansion is nearing its conclusion, it’s no surprise that such growth stocks would fall out of favor.

Investors have already been heeding this advice, as over the past 90 days the only S&P 500 SPX, -0.02% sectors to actually gain ground have been utilities and consumer staples.

But this doesn’t mean there’s been a definitive change in leadership, investors told MarketWatch. In fact, the market may be witnessing the beginning of a big comeback for the tech sector, and along with it, the belief that the current economic expansion has significant room left to run.

“The big debate right now is whether we’re near the end of a correction or at the beginning of a bear market,” Kevin Divney, portfolio manager for Russell Investments, told MarketWatch, adding he is in the “correction” camp and that the market has oversold companies with good fundamental prospects for high top line growth. “Clearly tech has those fundamentals,” he said.

In other words, stocks may be at the precipice of another upside run for the technology sector, especially if the U.S. economy can continue its resilience in the face of slowing growth abroad.

“The U.S. economy is in good shape right now in terms of growth, jobs, and consumer confidence,” according to Patrick Healey, president of Caliber Financial Partners. “I don’t think we’ll see a recession in 2019, so the stock market should right the ship and then you’ll see the market focus again on growth names,” he told MarketWatch.

In fact, the market may already be sporting the beginnings of a move back out of defensive sectors and into tech, as the beaten down NYSE FANG+ index has advanced 2.9% so far this week, better than any individual sector in the S&P 500.

Divney thinks this may be just the beginning, especially if U.S.-China trade tensions are resolved in the coming months. Many investors, he argues, are “discounting the chances of a policy surprise on the upside.”

And if there is a trade deal, said Divney, “Tech is going to look really appealing to a lot folks.”

Gold declines as palladium retreats from a record settlement