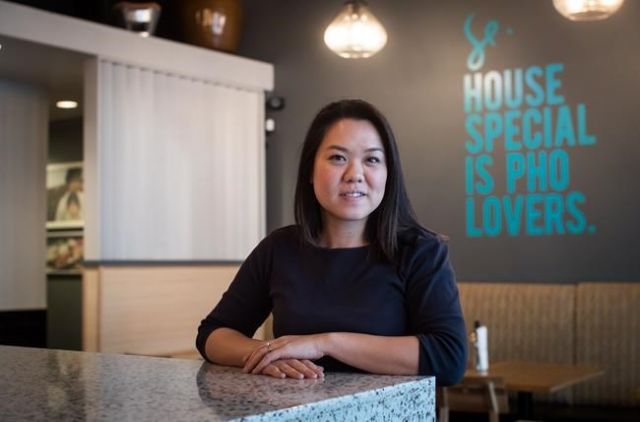 Ask chef Mollie J Jacques about her experience with delivery apps such as Uber Eats, and she’ll recall the numerous times staff at the Toronto pizza place where she worked had no choice but to deliver orders themselves when drivers failed to show.

Such anecdotes illustrate the bind that many restaurateurs find themselves in. While food delivery apps such as Foodora, Uber Eats and Skip the Dishes claim to help deliver access to more customers without investing in cars and drivers, they also create headaches for many operators, eating into already slim margins and leaving diners annoyed with the restaurant if a delivery goes awry.

“Every week, there’s a new company walking in, trying to get on this bandwagon,” Jacques said.

“To me, a lot of these apps have done so much damage, but there’s no backing out of it now. They all sound like a great idea walking in the door. But when you look at the bottom line, they aren’t.”

Her experience during those two-and-a-half years where she’d spend more than an hour on a typical Friday or Saturday on the phone with Uber Eats customer service to rectify one problem or another is “common,” she said.

While Uber Eats, Foodora, Skip The Dishes and Door Dash say they give restaurants access to more customers, none of them was able to provide data to back up the claim for the average restaurant partner. DoorDash did not respond to a request for comment. Foodora said one of its highest volume partners — which it couldn’t name citing privacy reasons — increased its takeout business 90 per cent through the app.

Uber Eats is a growing company that is constantly learning how to improve the experience for customers, drivers and restaurants, and scaling up things like customer support to do so, said Dan Park, the service’s Canadian head.

Restaurants that do a good job working with drivers tend to be more successful with delivery, he said, highlighting ones that offer a designated area for drivers to wait to avoid confusion.

Delivery apps are a popular topic among the 31,000 members of a food-industry focused Facebook group, where comments reflect a somewhat mixed experience, but overwhelmingly point to high fees.

“It’s not profitable,” said page administrator Jacques, unless someone manages to make a product at an extremely low cost.

Uber Eats charges restaurants a one-time fee between $350 and $500, depending on how many extras they want, such as photography, said Park. The app then charges a 30 per cent commission on each order, though some restaurants may pay a slightly different fee.

Arianna Dametto, a Skip The Dishes spokeswoman, and David Albert, Foodora Canada’s managing director, said in separate emails their companies do not charge a start-up fee and would not say what commission they charge restaurants, but indicated it varies.

Anecdotal information suggests most apps charge a commission of between 20 and 35 per cent.

Some restaurants mark up prices on the apps to soften the blow.

House Special, a family-run Vietnamese restaurant in Vancouver, lists the same items and keeps portion sizes identical for dine-in and delivery, but tweaks prices, general manager Victoria Do said. The eatery’s been present on Uber Eats, as well as DoorDash, since last winter, she said.

Uber Eats, however, discourages the practice as the goal is for the consumer to have a great, consistent experience, Park said.

Industry insiders also complain about service hiccups, like late drivers or ones who arrive without insulated bags to keep orders warm.

Jacques recalls watching some delivery drivers put pizza boxes vertically into bags or dashing in and grabbing the wrong order, including another customer’s doggy bag filled with leftovers.