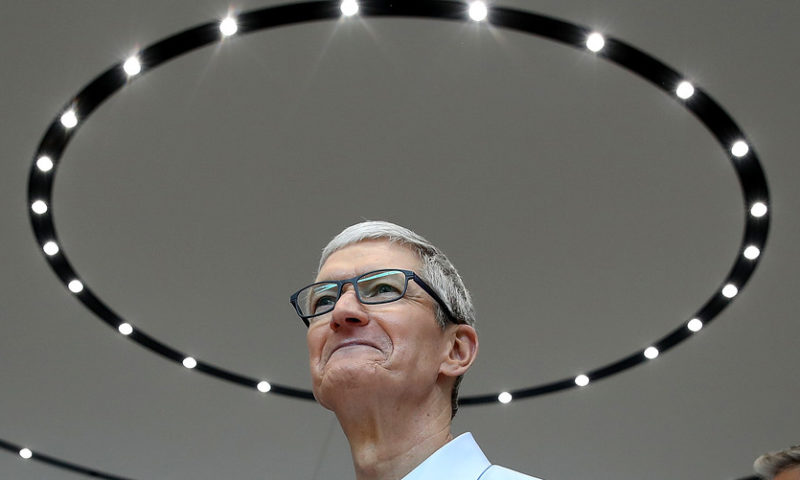 A slowdown in China and slowing demand for iPhones hurt Apple in the fourth quarter, just as investors who sold had expected

Apple Inc.’s warning of massively lower revenue for its holiday quarter is an ominous indicator of global economic trends that have already taken a huge bite out of Wall Street, but it shouldn’t be a surprise.

Apple AAPL, +0.11% Chief Executive Tim Cook pointedly placed the blame for cutting expectations for holiday-quarter revenue by billions of dollars on China and the iPhone. He said the biggest issue was lower iPhone sales in China, where the slowing economy has been hit by the continuing trade war with the U.S., but also noted issues with iPhone sales in some developed economies, where iPhone upgrades were not as strong as Apple had expected.

“As the climate of mounting uncertainty weighed on financial markets, the effects appeared to reach consumers as well, with traffic to our retail stores and our channel partners in China declining as the quarter progressed,” Cook said in a rare letter to investors. “And market data has shown that the contraction in Greater China’s smartphone market has been particularly sharp.”

None of this should be news to Cook. Investors saw issues forming with iPhone sales and the U.S. trade conflict with China, and jumped out of Apple at the end of 2018. Apple shares have declined 31.1% in the past three months, even before the 7.5% after-hours drop following the news Wednesday afternoon.

“This didn’t come out of the blue,” said Tom Forte, an analyst with D.A. Davidson, who recently lowered his price target on Apple. “Expectations leading up to today have been lowered.”

Unit sales of the iPhone have been slowing or stagnant for two years, and Apple has only been able to keep revenue growing with higher prices. Instead of standing up and admitting that Apple would eventually face difficulties because of it, Apple tried to hide the problem by no longer providing unit sales for the iPhone. Apple’s latest iPhone launch in September fueled some confusion among consumers, with an unusually wide pricing spread, with three models ranging in price from $749 to $1,099.

President Donald Trump’s trade war with China, which has added tariffs onto Chinese-made or -assembled goods, was not expected to have much of an impact on Apple, because although its iPhones are made in China, they were exempt from tariffs. But the higher prices on Chinese-made goods in the U.S. is now filtering down to affect the Chinese economy itself, and spending habits in China.

“A weaker Chinese economy is resulting in softer demand for iPhones,” and Apple has not been able to offset the lower demand with its higher prices, the analyst noted.

During December, several analysts lowered estimates or price targets on Apple, amid concerns about slowing demand for iPhones, in China and other emerging markets.In late December, one analyst cut estimates on iPhone sales, and said Apple had cut its production numbers for its latest iPhones. Last Friday, another analyst drastically cut unit estimates on the iPhone XS Max.

The biggest question for investors at the moment is how much of the shortfall is due to slowing demand for the iPhone and the confusing pricing and model strategy, instead of the global economic issues, particularly in China. It seems as though it is a bit of Apple-specific issues combined with changing macroeconomic conditions, fueled by the trade war with China.

That is a bad recipe for Apple, but the ingredients have been sitting out for Cook and everyone else to see. The stew Apple is in now should not be a surprise.

The five coolest aerospace innovations of 2018

With Slump in IPhone Sales, Are We Post Peak Smartphone?