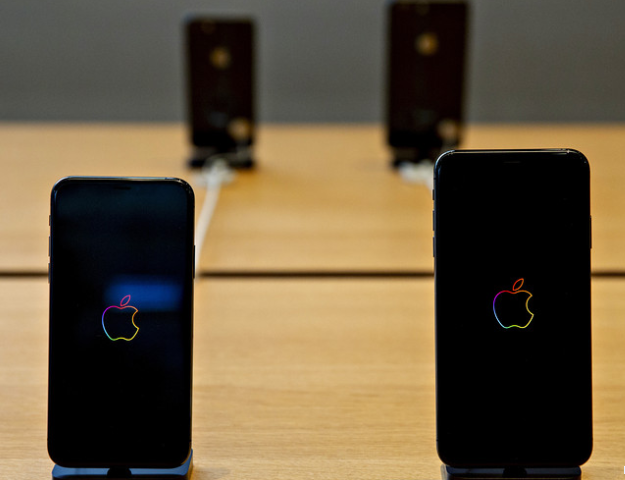 Apple heading toward a sales downturn for the year, which has only happened once since 2001

The iPhone maker’s revenue declined in each of the first two quarters of this fiscal year, and it’s possible the company could record another drop when Apple AAPL, +0.35% reports fiscal third-quarter earnings Tuesday, with forecasts calling for basically flat sales from a year ago. Consensus figures currently model a substantial sales drop for the September quarter, and a decline of more than $9 billion for the full fiscal year, more than 3%.

Apple has seen sales decline year over year for a full fiscal year, and for three of the four fiscal quarters, only once since 2001. That down year was 2016, when Apple was feeling the hangover of its iPhone 6 sales cycle and sported revenue declines for its entire fiscal year.

Nowadays, the drops aren’t as steep, but Apple’s expected rebounds aren’t expected to be as pronounced either — it will be hard to once again dramatically increase the price of an iPhone, as Apple did to bounce back from those tough times. The key catalyst for Apple’s iPhone business is its launch of 5G-enabled devices, but that’s not supposed to happen until next fall.

Meanwhile, Apple is staring down what is largely expected to be another iPhone cycle without huge growth this fall, as consumers fail to find reasons to upgrade to new smartphones that offer only slight tweaks. Apple typically shows off its next iPhone in September, and the forecast shared Tuesday should include at least a week or two of sales of the newest smartphone, so that will be the first hint on optimism for the next upgrade cycle.

Outside of hardware, Apple has a few wild-card options that could theoretically give revenue a jolt, but it’s unclear whether the company’s new subscription offerings will gain much traction. Apple’s TV+ media service isn’t particularly novel, and its gaming-subscription service lacks buy-in from major industry players, and pricing still is a mystery. Overall, Apple’s services business is on a healthy trajectory, recording its best-ever quarter in the spring, but a class-action lawsuit and potential antitrust investigation could be threats to that path.

Earnings: Analysts surveyed by FactSet expect that Apple earned $2.09 a share in the June quarter, down from $2.34 a year earlier. According to Estimize, which crowdsources projections from hedge funds, academics, and others, the average estimate calls for $2.18 in EPS.

Stock movement: Shares have risen following seven of the company’s last 10 earnings reports, though that doesn’t take into account Apple’s holiday-quarter revenue warning that sent shares tumbling. The stock is up 32% so far this year, but it hasn’t done much lately, rising just 1.7% over the past three months. The Dow Jones Industrial Average DJIA, +0.19% , of which Apple is a component, has gained 2.5% over a three-month period.

What to watch for in the call
Some investors were hoping that Apple would make a transformative acquisition after it vowed last year to become net-cash neutral over time, and while the company’s latest purchase isn’t exactly that, it’s bound to get some attention from analysts on the conference call. Apple on Thursday agreed to pay $1 billion for Intel Corp.’s INTC, -1.09% smartphone modem business, which comes in the wake of legal disputes with Qualcomm Inc. QCOM, -0.17%

“We think the rationale (from Apple’s perspective) to have an alternative solution to Qualcomm is fairly logical,” Evercore ISI’s Amit Daryanani wrote before the official deal announcement.

Daryanani expects upside surprise in Apple’s June quarter, as he sees services growth accelerating and Mac revenues coming in better than expected. He also estimates that the consensus revenue forecast of $60.9 billion for the September quarter is conservative, leaving ample room for Apple to deliver an upbeat outlook. He rates the shares at outperform with a $227 target.

Morgan Stanley’s Katy Huberty has called Apple’s earnings setup “attractive,” also citing analysts’ low expectations for the September forecast. Her look at third-party iPhone data suggests that trends are improving for Apple in China, which could come as welcome relief after quarters of uncertainty. She rates the stock at overweight with a $247 target price.

Instinet’s Jeffrey Kvaal is also upbeat about the modem-business acquisition, calling it a “savvy move” that’s in line with Apple’s historical ability to benefit from vertical integration. As for Apple’s actual earnings numbers, he doesn’t see room for an inflection in either services or devices, and he rates the stock at neutral with a $180 target.

The iPhone XS cycle is “likely winding down slowly,” he wrote, as his U.S. checks “indicate no increase in promotional activity following record low 1Q upgrade rates.” Kvaal is also doubtful that China’s gaming recovery provided much help to the App Store.

Look for regulatory and geopolitical issues to be in focus as well, now that the Justice Department has confirmed its inquiry into Big Tech’s anticompetitive practices and Facebook Inc.’s FB, -0.48% management spoke publicly about a separate investigation into that company’s business. Apple has increasingly come under fire for the stiff commissions it charges those developers who take in-app payments on iPhones and other Apple devices. This is especially salient in the case of Spotify Technology SA SPOT, +1.58% , which both offers its app on Apple devices and competes with the company in music.

Alphabet’s bounce-back quarter has shares, price targets on the rise