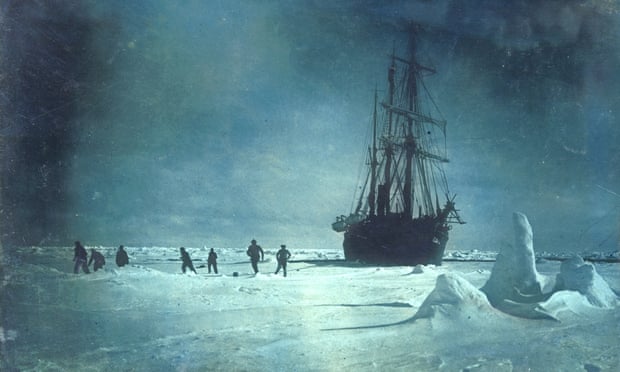 The Endurance sank in the Weddell Sea in 1915, after 10 months trapped by ice

Antarctic explorers are to break their way through 75 miles of sea ice in an effort to reach the final resting place of Sir Ernest Shackleton’s ship, the Endurance, which sank to the bottom of the Weddell Sea in November 1915.

Expedition leaders believe they have the best chance yet to find the wreckage of the lost vessel, which became trapped in sea ice for 10 months and eventually went down in two miles of water after the crushing forces of the surrounding ice breached its hull.

Researchers on the SA Agulhas II, a 13,700-tonne icebreaker, hope to reach the wreck site later this week if the weather and sea conditions do not turn. But that is not a given in the changeable Antarctic waters, which have a knack for scuppering even the best-laid plans.

“We hope to achieve what we thought was impossible,” said Mensun Bound, director of exploration on the 2019 Weddell Sea expedition.

“Although the odds of success were initially against us, the mood within the team is upbeat given the favourable ice and weather conditions, which we think will allow us to reach the search area.”

Much of the Weddell Sea can be completely covered in sea ice up to 3 metres thick, making it impassable for even the beefiest icebreakers. The explorers are using satellite imagery and drones to monitor the moving sea ice and chart what they hope will be a course through.

“We now view this as the best opportunity in history to locate Endurance and we are relishing the chance to be involved in a search of such significance,” Bound added.

Should the explorers make it to the last known location of the Endurance, they will send autonomous robotic submarines into the water to scan the seafloor for the sunken ship. Any wreckage will then be inspected with a better-equipped robotic sub, or “remote operated vehicle”, which is tethered to the ship.

The spot where the Endurance went down is known with some precision, thanks to the coordinates recorded by Frank Worsley, Shackleton’s skipper and master navigator.

What remains of the Endurance is unknown. The 44-metre long, three-masted barquentine may be so much debris scattered over the seabed.

But there is a chance that what remained of the ship after Shackleton’s men had stripped it is largely intact if it sank gently to the bottom. Though made of wood, the vessel could be well-preserved because the organisms that cause decay tend not to thrive in such frigid waters.

On Sunday, the expedition team was in the Erebus and Terror Gulf off the northern Antarctic peninsula, calibrating a high-precision acoustic positioning system that is used to track the robotic subs. They will start the voyage to the Endurance wreck site on Monday, said John Shears, a polar geographer and the expedition’s leader.

“Just getting to the wreck site will be an exciting challenge,” Shears said. “We will need to break through about 120km of dense, thick pack ice, up to 2-3 metres thick.

“Then, if we make it, we will be faced with the daunting prospect of finding a way to deploy the autonomous underwater vehicles and the remote operated vehicle through the constantly shifting ice to search for the wreck. It will be an epic adventure!”

Scientists on the SA Agulhas II have spent the past two weeks collecting samples and surveying the area around the Larsen C ice shelf, where a trillion-tonne iceberg, four times the size of Greater London, calved in July 2017.

Last year, satellite images from the European Space Agency revealed that the massive iceberg, named A68, had begun to move away from the ice shelf and pivot out into the Weddell Sea.

Measurements from the area, including surveys from the autonomous submarines gliding beneath the waves, will help scientists understand how ice shelves form and collapse, and whether this has been part of the natural cycle in Antarctic history.

Little is known about the organisms that eke out an existence in the Weddell Sea, but images from a tethered robotic submarine deployed by the researchers show corals and other marine life at depths of 400 metres.

Julian Dowdeswell, the expedition’s chief scientist and director of the Scott Polar Research Institute in Cambridge, said the team had gathered detailed observations on the glaciology, oceanography, biology and geology of the area around the Larsen C ice shelf.

The expedition has not gone without a hitch. Last week, one of the autonomous submarines got stuck beneath a thick ice floe, costing the expedition four precious days while they smashed through ice to retrieve the vessel.

Shears said the research team, along with the officers and crew of the icebreaker, deserved “enormous credit” for working all hours in the snow and freezing cold to gather so much scientific data.

He said those onboard were now looking forward to the search for the Endurance as the ship made its way home. “We sincerely hope to get to the wreck site,” he said.

‘Get a Grip on Brexit’, Businesses Tell UK’s Quarrelling Politicians