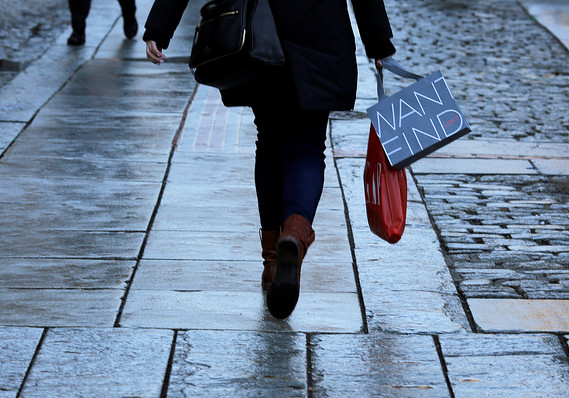 Survey climbs in September to second highest peak since 2004

The numbers: The confidence of Americans in the U.S. economy and their own well-being rose toward the end of summer and stood near a 14-year high, according to a survey of consumer sentiment.

The University of Michigan’s consumer sentiment index rose to 100.8 in September from 96.2, based on a preliminary reading.

It’s the second highest mark since 2004, trailing only the results in March. And sentiment might have even set a new postrecession high if not for lingering worries over the prospect of a trade war.

What happened: Consumers were more optimistic about getting a job or keeping the one they have. They even think they’ll earn more pay and were less worried about inflation.

Notably, confidence increase among virtually every socio-economic group of Americans. Not too long ago Trump supporters and independents were markedly more optimistic than the president’s most ardent political opponents.

Big picture: The U.S. economy is humming and that’s reflected in a variety of surveys of consumers and business leaders. Growth is likely to remain strong through the end of the year barring a major escalation in ongoing trade disputes between the Trump White House and countries such as China and Canada.

What they are saying? “Consumers anticipated continued growth in the economy that would produce more jobs and an even lower unemployment rate during the year ahead,” said Richard Curtin, chief economist of the survey.

“The largest problem cited by consumers continues to be the anticipated negative effects from trade policy,” noted economists at Oxford Economics.

Market reaction: The Dow Jones Industrial Average DJIA, +0.03% and the S&P 500 SPX, +0.03% rose in Friday trades. The stock market has forged ahead in the past few days after a shaky start to the month and is not far from record highs.

A Hindenburg Omen is forming in the stock market. Should investors ignore it?