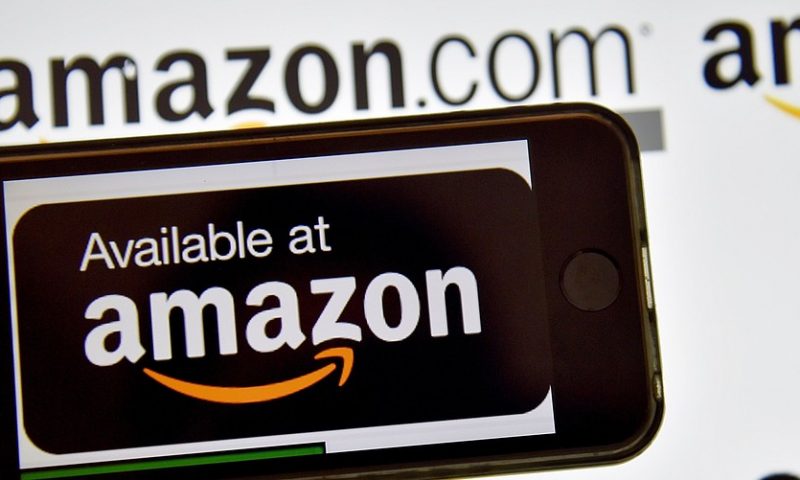 Investors are getting a break from a string of bad news on the trade front, as some glass-half-full headlines trickle through, boosting global equities at the week’s end.

But news that President Trump may ease up on Chinese tech giant Huawei (see buzz below) probably won’t salvage May, which is shaping up as the worst month for investors since the December rout. We’ll have a nice long weekend to chew over the damage that’s been done, but also get a much-needed break from it all, with Wall Street closed on Monday for Memorial Day weekend.

Our call of the day, from analysts at Piper Jaffray also gives us a holiday from the trade headlines, as it lays out a bullish case for a high-flying company which recently got a major thumbs up from billionaire investor Warren Buffett.

We’re talking about e-commerce giant Amazon AMZN, +0.91% whose shares have gotten a little wrecked this month as a consequence of the general equity pullback over the trade tensions. But it has still managed to claw back much of the ground lost from December.

At the heart of the call is Amazon’s valuation. Piper explains that there are two ways of calculating it, one using a traditional retail multiple and the other that places Amazon firmly in the tech category where projections are calculated using an e-commerce multiple. The difference is significant – to the tune of $500 billion because Piper says Amazon’s shares could be undervalued by around 65%, based on Thursday’s close of $1,815.48.

“We believe Amazon shares will reach $3,000 by sometime between mid-’21 and mid-’22 or within 24-36 months. Our confidence in this 65% move is based on what we believe to be relatively conservative growth and valuation assumptions…” said analysts Michael J. Olson and Yung Kim, who have an overweight rating on the stock and a current price target of $2,225.

Olson and Kim also think Amazon can get to this $3,000 level without making any other acquisitions or big business changes, though they say a spinoff of the group’s Amazon Web Services cloud platform would only help to highlight that its other segments aren’t being valued enough.

Last month, Amazon reported a record profit for the first quarter, but rattled some investors with a warning that operating profit for the second quarter will decline. Even so, it’s hard to find a Wall Street who doesn’t rate the company a buy.

If Piper Jaffray’s bullish Amazon call turns out to be right, that will be great news for the faithful investors out there who think Jeff Bezos’ company still has much to give, even after shares have soared 2,000% over 20 years. That means

But as well, that investing savant Buffett will once again look like the smartest guy in the room. The chairman of Berkshire Hathaway BRK.A, -0.06% BRK.B, -0.64% said earlier this month that the company had been buying shares of Amazon and he had been a fan of the company, and “an idiot for not buying” in the past.

The dollar DXY, -0.15% is steady, gold GCM19, -0.12% is softer and U.S. crudeCLN19, +1.17% is attempting a rebound from the biggest one-day loss of the year. The pound GBPUSD, -0.0711% is higher as an emotional Prime Minister Theresa May resigned as expected amid her disastrous Brexit battle.

Our chart of the day shows how trade tensions have hit industrial metals, amid fears of a slowdown in demand for some of those commodities.

“The escalation itself, and the uncertainty over what will happen next in the trade dispute, has weighed heavily on metals prices, driving them down noticeably. Measured against the LME base metals index, they have shed all the gains they had accrued since the beginning of the year,” said analysts at Commerzbank, in a note clients.

They said those trade issues are likely to be the key factor hitting metals prices “for the foreseeable future.

On the trade front, President Trump said Thursday that the U.S. could ease up on its ban against Huawei as “some part” of a wider trade deal with the country, though he still thinks the Chinese firm is “very dangerous” from a security viewpoint. At the same time, a separate report said the Commerce Department was considering tariffs on countries that undervalued their currencies to the disadvantage of U.S. companies.

Hewlett Packard Enterprise HPE, -1.12%  lifted its profit outlook for the year, but shares are down as the business-technology provider posted weaker sales. There was better news from HP HPQ, -0.05% with shares up after the computer maker met earnings expectations and brought in more revenue.

After a couple of delays last week, Elon Musk’s SpaceX launched dozens of satellites that are intended to eventually provide high-speed internet access from space.

On the data front, we’ll get durable goods and capital goods orders ahead of the market open.

US Stocks Rebound, but S&P 500 Ends With 3rd Weekly Loss