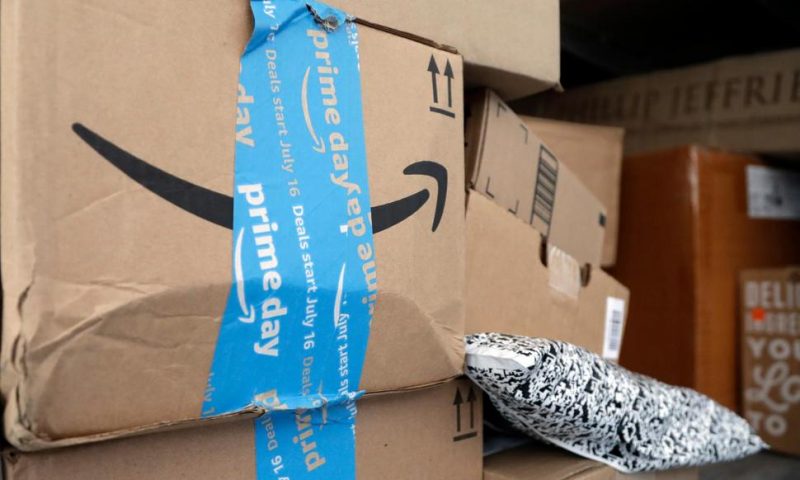 Amazon says that it’s back to delivering its packages on time after bad weather and a rush of orders caused some delays earlier in the week.

NEW YORK — Amazon said Friday that it’s back to delivering its packages on time after bad weather and a rush of orders caused some delays earlier in the week.

Amazon said it received a record amount of orders on Black Friday and Cyber Monday, when it offered steep discounts. And much of the Midwest experienced strong winds and snow at the end of the Thanksgiving weekend, causing hundreds of flight cancellations and making deliveries difficult.

Amazon’s reputation depends on delivering orders on time. The online shopping giant has been working to cut its delivery time in half to one day from two for its Prime members, who pay $119 a year for speedier delivery and other perks. Other retailers like Walmart and Best Buy have tried to keep up by cutting their own delivery time.

Amazon expects to spend about $1.5 billion during the holiday shopping season as it switches to one-day delivery, partly to move items closer to customers and pay for more worker shifts. Last week, the company said it was hiring 200,000 holiday workers this year to pack and ship orders — double the amount it hired last year.

The company has been building its own delivery network by leasing jets, building package-sorting hubs at airports and launching a program that lets contractors start businesses delivering packages in vans. But it still relies on other carriers to deliver its packages.

“Overall, the UPS network is performing as expected to handle a record increase over our normal daily volume between Thanksgiving and Christmas,” the company said.