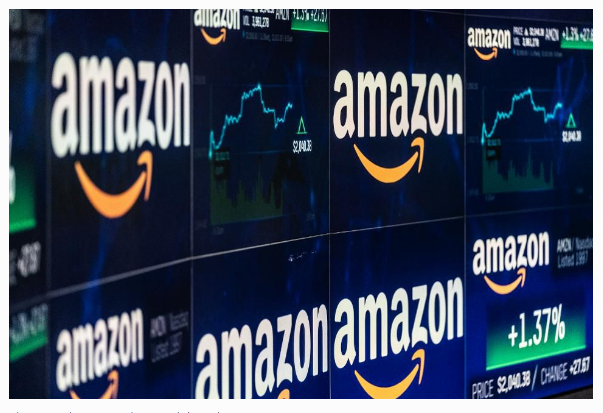 Here are five things in technology that happened this past week and how they affect your business. Did you miss them?

This week, Amazon launched Amazon Storefronts—a new section of its site that only lists products sold by U.S. small- and medium-sized businesses. The company says it’s a way for shoppers to find smaller merchants more easily and has chosen more than one million products from about 20,000 businesses to be featured on the site, based on customer ratings. (Source: AJC) (Amazon is a client of my company, The Marks Group).

Amazon has about a million U.S. small business merchants and more than half of the items sold on the ecommerce giant’s site is from small businesses worldwide. Smart retailers today are embracing “click and brick” strategies and if you’re a small retailer my recommendation is to supplement your in-store sales with online sales. Amazon Storefronts may be a good option but first you have to be a merchant.

2 — Google will now show bosses if employees are actually using its apps.

Google announced the launch of a new tool for business customers that allows managers to see whether employees are actually using its G Suite productivity apps. (Source: CNBC)

Why do this? I know why. My company sells business software and I cannot count the times users complain about perfectly good software that their company is paying for and, frankly, just isn’t being used. One way to counter this issue is to track usage and that’s exactly Google’s plan. Called ‘Work Insights,’ the new feature will track adoption at a team level and help companies’ tech administrators understand if employees are actually using the apps they’re paying for and which products might require more training. If you’re using Google apps and have this problem, then this tool may help you focus better on where the problems are.

3 — The U.S. will spare some Apple products from the new China tariffs.

This week, when the Trump administration announced its newest round of tariffs on Chinese goods, it spared a category of high-tech products that includes the Apple Watch and AirPods headphone, as well as adapters and chargers for several products. Some Apple products, including its MacMini, will still be affected by the tariffs. The office of the U.S. Trade Representative released a list of about $200 billion of Chinese products that will be subject to a 10% tariff. Apple said these tariffs will raise prices for consumers. (Source: Bloomberg).

It’s good news for consumers but not so great for small businesses, particularly if you’re a Mac fan. Apple’s desktop, laptop and networking products that are used by many small businesses will be affected by the tariffs. A small silver lining: it will take a few months for likely price increases to take effect, so buy your hardware now.

4 — Microsoft backs off from Windows 10 ‘warning’ about Chrome and Firefox.

In its latest Windows 10 preview, Microsoft is now reversing a controversial test it started using last week, which warned Windows 10 users that Chrome or Firefox was about to be installed. However, the company says it may continue to test these types of prompts in future updates in an effort to convince Windows 10 users to stick with Microsoft’s built-in Edge browser. (Source: The Verge)

My company, The Marks Group PC, is a Microsoft partner and I say: low marks to Microsoft for this little episode. I hate it when companies diss their competitors and, as a Google Chrome user, I’m not a fan of Microsoft “warning” me about using a competitive browser. It’s better to let the tech community decide the pros and cons on our own and help our clients with the decision. If you’re a Google Chrome user like me – or you use Firefox – then go ahead and enjoy your browser on Windows 10. If you have any concerns then ask your IT firm – you’ll likely get a more objective opinion.

5 — These few lines of CSS code will crash your iPhone.

A security researcher has discovered that, because of a vulnerability in the WebKit rendering engine used by the Safari browser, it takes just a few lines of CSS code to crash an iPhone or iPad. He warned that any link containing the code can freeze a phone. Sabri Haddouche, the researcher who found the problem, says “Anything that renders HTML on iOS is affected.” This is a processor-intensive task that takes up much of the device’s resources and can be used to make it crash. (Source: The Next Web)

This is not new. In the past similar bits of code – even certain text messages – have been found to crash iPhones and even affect other Apple devices. As long as there are hackers you’ll never get ahead of these issues. Your best bet is to back up your devices frequently. As of this writing, Apple is still investigating. Ask your IT consultant to keep an eye out for how this will be resolved.