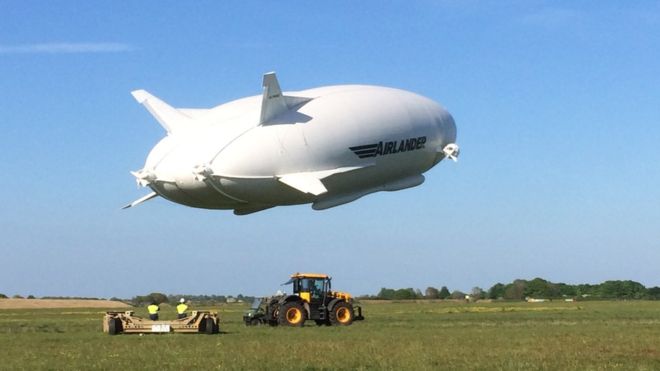 The world’s longest aircraft is set to go into full production with the model designed to take its first passengers.

It comes after the prototype £32m Airlander 10 – a combined plane and airship – was formally retired following successful final testing.

As a result, Bedford firm Hybrid Air Vehicles (HAV) has been given Production Organisation Approval from the Civil Aviation Authority (CAA).

Airlander 10 hit the headlines in 2017, when the prototype crashed.

It collapsed to the ground in November that year, less than 24 hours after completing its sixth successful test flight.

The firm was given Design Organisation Approval from the European Aviation Safety Agency (Easa) in October.

He said the firm had changed its focus last year towards the production of Airlander 10 as a commercial aircraft for customers.

“The prototype served its purpose as the world’s first full-sized hybrid aircraft, providing us with the data we needed to move forward from prototype to production standard,” he said.

It is now hoped the full commercial model will take to the skies with its first paying passengers “in the early 2020s”.

HAV submitted a £32m insurance claim after the prototype crash, telling its shareholders this was the “maximum insured value”.

Approval from the CAA and Easa now puts the firm in a “strong position to launch production”.

HAV carried out its first test flight of Airlander 10 from its former home at Cardington Airfield in August 2016 but left the site in June last year.

In July, it revealed it planned to offer “luxury expeditions” once all tests were successfully completed.