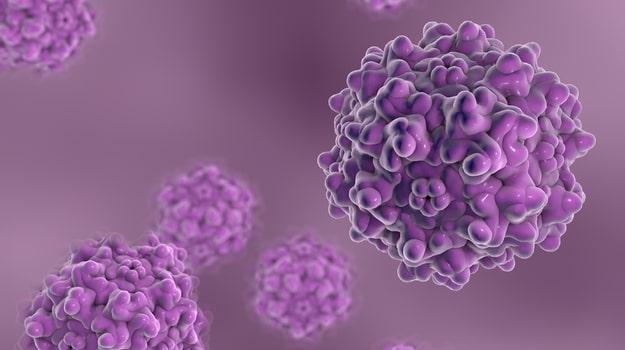 By using the herpes simplex virus (HSV) as a helper for its adeno-associated viral (AAV) platform, Applied Genetic Technologies Corporation (AGTC) created AAVs that are more robust, purer and lower cost than any of the other methods.

Its gene therapy program for X-linked retinitis pigmentosa (XLRP) is a case in point. By using its herpes-assisted vector expansion (HAVE) methodology, “we are now achieving finished product specifications that demonstrate nearly 90% full capsids with extremely low residuals, many of which fall below the level of detection, resulting in purity levels exceeding 97%,” said Dave Knop, Ph.D., head of process development at AGTC. “This is in addition to yields that are more than 10-fold higher than what we achieved in our Phase I/II manufacturing campaigns.”

Still in the midst of trials, the company can produce AAVs at commercial scale using 40L bioreactors.

That’s particularly notable because of the challenges associated with manufacturing AAVs. The overarching problem is complexity. AAV vectors require simultaneously introducing DNA encoding the AAV replication and capsid genes, a therapeutic gene and a helper-function gene. Too often, some – but not all – of the elements are introduced successfully.

Compared to transient transfection, the HAVE method is 50-fold more productive.

“This method is more productive (than transfection) because the virus does what it’s meant to do naturally,” Knop told BioSpace.

Benefits include high levels of infectivity and lower cost of goods.

A one-to-one ratio, in which it takes one vector to infect one cell, is ideal. The ratios reported in the literature are 50 or 100 to one. AGTC’s ratio is about ten to one.

AGTC also has experienced “a 90-fold reduction in the cost of goods benchmarked against traditional transfection in cell culture,” Knop added. That’s possible because the HSV method allows scale-up rather than merely scale-out. “Scale-out breaks down with larger markets. With our process, we can scale to one larger, single-use stir tank bioreactor,” rather than adding many smaller bioreactors.

That allows a smaller footprint and tighter control of the process, resulting in reduced risk of contamination and processing errors. During scaleup, it creates greater consistency while increasing quantities are manufactured for clinical trials and, ultimately, for commercialization.

AGTC doesn’t begin with this system, though.

“Typically, for very early, non-clinical work, researchers use the most flexible, readily available systems they can,” Knop said. The resulting vectors typically produce a relatively low ratio of fully-loaded vectors, making them inadequate for manufacturing materials for late-stage clinical trials.

“We use transfection until we narrow down the options, and then port the work to our system, testing and adjusting as needed,” he said. “Our process is more involved than transfection, so we use it for programs that are earmarked for formal toxicological or bio-distribution studies for FDA submissions for clinical trials.”

To ensure robustness, AGTC isolates individual cells, expands them into small cell banks and screens them for productivity and quality. Then the company develops a robust downstream process for further separation. That results in a capsid fill rate of about 90%. Continued screening allows the company to meet its quality and purity needs and to increase the effective filled percentage to about 95%.

The HAVE manufacturing approach “has provided materials for six successful investigational new drug (IND) applications without any clinical holds, and has been transferred successfully to industry partners and contract manufacturing organizations,” according to an article by Knop and AGTC President and CEO Sue Washer.

Currently, AGTC is using HAVE to manufacture materials targeting XLRP, a rare, inherited condition that causes progressive vision loss and leads to blindness in boys and young men. It is caused by mutations in the RPGR gene. As of yet, there is no specific treatment. The drug was granted orphan status by both the FDA and the EMA. This is one of several programs AGTC has advanced to clinical trials for people with rare and debilitating ophthalmic, otologic and central nervous system (CNS) diseases.

Going forward, “we’re continuing to refine the system and partner with those who need assistance where our manufacturing capabilities may be useful,” Knop said. “We have active, ongoing research for every element of the process. Almost every step is being reexamined to find additional ways to produce additional and better cell lines, improve purification processes and outcomes and lower the cost of goods.”