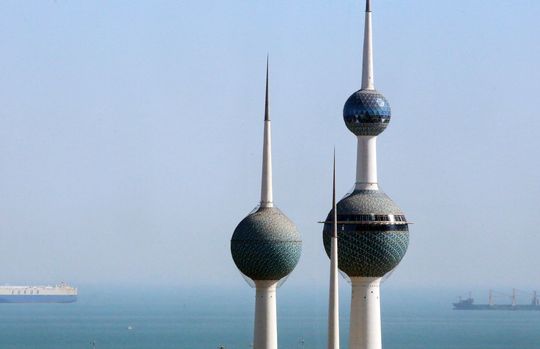 Wednesday brought some (more) grim news on the energy front, with a warning for U.S. households to expect higher heating bills this winter, as supply-and-demand struggles in Europe and Asia come home to roost.

And just as the world is trying to get greener, shortages have led to the revenge of the fossil fuels, helping push crude CL00 to a nearly 70% gain this year and leading to some bullish calls on Wall Street, with Goldman Sachs’ talk of a multiyear commodity supercycle, and $100 oil calls from Bank of America.

Our call of the day from the co-founder of TankerTrackers.com, Samir “Sam” Madani, sees a lot of red flags on that oil optimism. He cashed out of his oil exposure two weeks ago, after gaining 71% on the asset from exposure that began in March 2020, when oil crashed below $20 a barrel amid early COVID-19 pandemic panic.

“I feel like it’s becoming a crowded thing. The narrative is way too bullish,” said Madani in a recent telephone interview with MarketWatch, adding oil’s downfall will be the consumer. “The cost of living is now outpacing income. Food prices are up due to labor shortages, high fertilizer demand and very high diesel prices (used by tractors and trucks alike), so I think $100 is too soon.”

“If we have this discussion a year from now when the economy is on a better economic foundation, then definitely $100 is justifiable,” he said. And it isn’t just that the Organization of the Petroleum Exporting Countries and its allies should be keeping prices at around $68 to $78 to save off an economic meltdown, but the fact that outside of North America consumers are being squeezed by high fuel taxes, he said.

So Madani — who has been socking money away for his own retirement and an apartment or anything any of his four children might need — switched out of oil investments that were via a mutual fund offered through Sweden’s public pension plan. And he switched into water.

He began investing in water earlier this year, replacing exposure to China stocks that he had held since 2016. That investment has gone up 20%. The oil exposure that he got out of two weeks ago went to the Pictet-Water P mutual fund. He also has some small-cap stock investments and is looking at gold mining stocks.

“I think it’s the mother of all commodities, whereas all the other commodities have been boom-and-bust cycles, there has been a continual demand for water as population growth continues at a rate of 100 million net a year,” he said, noting projections for a global population of 10 billion by 2052.

“Whether there’s a flood or a drought this fund should do well because it also includes infrastructure like pipes, procession, filtration, you name it,” Madani said. Water’s importance popped up for the U.S. infrastructure bill, where it was one of the few priorities political parties agreed on, he said.

While many early investors and Wall Street are catching on to water, it’s only a physical market with no futures. Companies include Danaher Corp. DHR, Waters Corp., and American Water Works Company AWK, and Veolia Environnement FR:VIE.

Some argue that water is a tougher environmental, social, and governance investment, because the ecosystem involved needs considerable time to understand. “Years from now it could be my kids that are tracking water,” said Madani.

A bevvy of banks have reported ahead of the bell with beats from Bank of America BAC, while Wells Fargo WFC and Morgan Stanley MS. Walgreens Boots Alliance WBA also delivered upbeat results, Citigroup C and UnitedHealth UNH.

Meanwhile, U.S. efforts to unclog supply-chain problems by opening up the Port of Los Angeles 24/7 may not be enough to save Christmas, industry experts warn.

Weekly jobless claims totaled 293,000, which was fewer than expected, while September producer prices met forecasts, with a gain of 0.5%, and up 0.2% stripping food and energy costs. And China’s factory-gate prices jumped 10.7% in September, the fastest pace in more than two decades, driven by surging raw materials prices.

Stocks DJIA SPX COMP are climbing, led by tech as bond yields TY00 pull back after Wednesday’s CPI data. Elsewhere, pretty much everything is up but the dollar DXY, with oil prices CL00 BRN00 up under 1% and natural gas NG00 up 4%. The Turkish lira USDTRY hit a record low after President Recep Tayyip Erdoğan late Wednesday fired several central bank governors, one of whom opposed last month’s surprise rate cut.

GitLab stock pops 35% on first day of trading after IPO