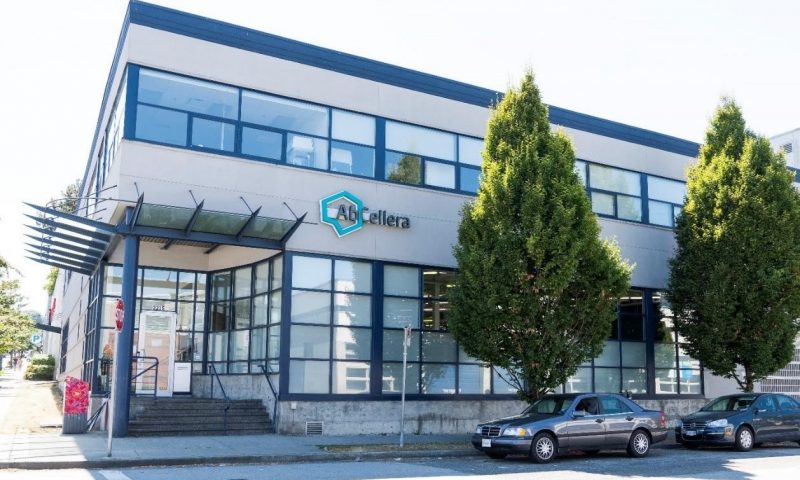 AbCellera, based in Vancouver, British Columbia, closed a Series B financing worth $105 million. The round was led by OrbiMed and DCVC Bio, with an investor syndicate that includes Viking Global Investors, Peter Thiel, Founders Fund, Eli Lilly and Company, University of Minnesota and Presight Capital.

AbCellera focuses on therapeutic antibodies, screening, choosing and analyzing millions of naturally produced antibodies to be used as next-generation drug candidates. The funding will be used to add staff, open a new 48,000-square-foot research-and-development facility in 2021, and build a GMP manufacturing facility to produce biologics for clinical testing.

The company has completed more than 55 programs, including multi-pass membrane protein targets like GPCRs and ion channels. The antibodies have led to therapeutic antibody candidates for a broad range of indications, including cancer, immuno-oncology, neurodegeneration, pain, fibrosis, and metabolic disorders.

“Drug development takes too long, fails too often, and costs too much,” said Carl Hansen, chief executive officer of AbCellera. “With the backing of visionary investors, we will double-down on our strategy of making long-term investments in technology and teams that are needed to put drug development on the fast track. We’re building a modern operating system for drug developers to ensure the best science is translated quickly into new therapies for patients.”

The COVID-19 pandemic has highlighted the importance of therapeutic antibodies, as a potential preventative and treatment for the novel coronavirus, SARS-CoV-2, that causes the disease. The CoVIg-19 Plasma Alliance was formed with more than 10 companies to accelerate the development of a plasma-derived hyperimmune globulin therapy against COVID-19.

Another antibody-focused company, Sorrento Therapeutics, based in San Diego, has identified an antibody against SARS-CoV-2 that in laboratory tests is 100% effective in clearing the virus. In addition to a deal to develop a three-antibody cocktail with Mount Sinai against COVID-19, they are also developing the primary antibody as a monotherapy against the disease, with clinical trials expected to begin this summer.

But as the AbCellera financing suggests, the uses for therapeutic antibodies are far broader than just for infectious diseases.

AbCellera leverages microfluidic technology that allows for automation of some of its basic research functions, enabling them to scan thousands of antibodies at a time and using machine learning to analyze them.

“We interrogate millions of immune cells and pull out the ones that have properties that are good for drugs,” Hansen told Forbes. “Then we break those cells open and sequence their DNA.”

In addition to analyzing for efficacy and binding qualities, they also screen for ease of manufacture, which allows easier scale-up. Hansen says it’s a process similar to fermentation used to make beer.

The company’s work is built on Hansen’s research at the University of British Columbia in 2005, which combined genomics, microfluidics and other techniques to speed sorting of antibodies for drug discovery. He and four others cofounded AbCellera in 2012 with about $725,000 raised from friends and family.

And yes, AbCellera is working on antibodies against SARS-CoV-2. They began by taking samples from patients who recovered from the disease in February, and within 10 days had identified promising antibody candidates. They then sent those candidates to Eli Lilly for further evaluation. On March 12, AbCellera and Lilly inked a development and manufacturing partnership and Lilly announced in April that it plans to file an Investigational New Drug (IND) application by the end of May, with expectations for launching clinical trials shortly afterwards.

Prior to the Series B round, AbCellera had only raised $10 million in a Series A led by Data Collective in 2018.

As part of the scale-up, it plans to hire up to 100 new staffers, bringing total headcount to about 240.

The company recently won a $124 million grant from the Canadian government to assist in building a manufacturing plant to make antibody therapies that would help respond to future pandemics. The grant was via the Innovation, Science and Economic Development’s (ISED) Strategic Innovation Fund (SIF) and is in response to the COVID-19 pandemic.

“Our government is mobilizing its resources to confront COVID-19, supporting the researchers and businesses that are working hard to develop medical countermeasures to beat this pandemic,” stated the Honourable Navdeep Bains, Canada’s Minister of Innovation, Science and Industry. “Today’s contribution will support AbCellera Biologics as they use their world-leading technology to rapidly identify solutions for COVID-19 while ensuring Canada’s long-term preparedness for future health challenges.”