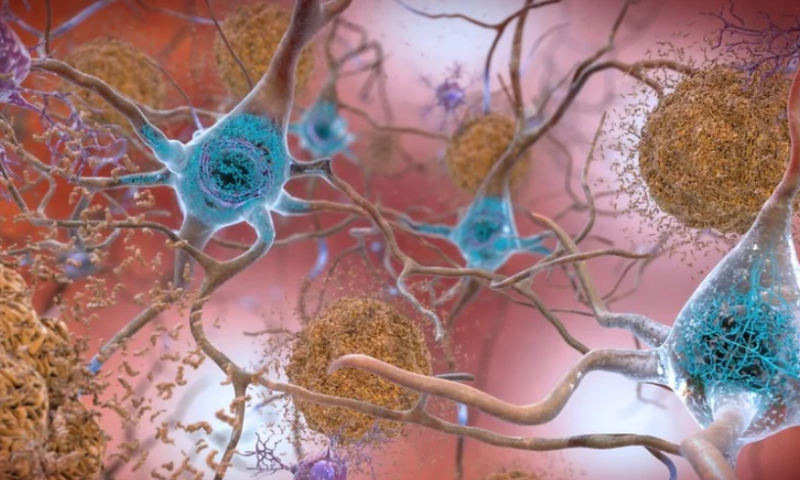 In 2018, a research group led by David Holtzman, M.D., at Washington University in St. Louis developed an antibody drug in collaboration with Denali Therapeutics that showed promise as a potential Alzheimer’s disease therapy. Now, the team has returned with mouse data suggesting the drug prospect might be a safer option than Biogen’s much-hyped aducanumab.

The antibody, called HAE-4, targets the APOE4 gene, which is strongly associated with a high risk of late-onset Alzheimer’s disease. In a mouse model, the drug successfully reduced the toxic buildup of the beta-amyloid protein from brain tissues and blood vessels—and it did that without triggering brain bleeds, a dangerous side effect seen with anti-amyloid antibodies including aducanumab.

Many drug development efforts in Alzheimer’s focus on targeting beta-amyloid. Anti-amyloid antibodies such as aducanumab have been shown to clear the harmful protein in the brain, but their use has been linked to brain swelling and microhemorrhages, which can cause CAA, a risk factor for strokes. Almost all Alzheimer’s patients already suffer from CAA, so it would be ideal to remove beta-amyloid without worsening the condition.

“Each of the antibodies that removes amyloid plaques in clinical trials is a little different, but they all have this problem, to a greater or lesser degree,” Holtzman said in a statement.

Holtzman and colleagues previously showed that HAE-4 can recognize a particular type of human APOE that resides in the brain and influences the development of amyloid plaques. The drug reduced the plaque burden in mice by half, according to the team’s 2018 study. This time, the researchers also found this form of APOE in CAA, which is marked by amyloid buildup in the walls of brain arteries.

The scientists tested the drug in mice genetically modified with human genes for amyloid and APOE4. The animals already developed abundant amyloid plaques in brain tissues as well as robust CAA.

Both HAE-4 and aducanumab were able to clear out amyloid plaques in the brain, but only HAE-4 was able to significantly reduce beta-amyloid in brain blood vessels, the team found. The new drug also restored vascular functions such as the ability to dilate and contract.

One hypothesis is that anti-amyloid antibodies can cause an overreactive inflammatory response as they try to recruit immune cells called microglia to clear out protein debris. Holtzman’s team suspected that targeting APOE—a much smaller part of the amyloid plaque—might lessen inflammation and prevent CAA.

After two months of treatment, mice that got HAE-4 didn’t experience more bleeding episodes than did animals that were given a control antibody drug, whereas aducanumab appeared to have exacerbated microhemorrhages, the team found.

Further analysis showed that both HAE-4 and aducanumab initially elicited immune responses with increased expression of microglial genes and other pro-inflammatory genes. However, after chronic treatment and plaque removal, mice that received HAE-4 were no longer showing signs of those effects, while the response persisted in the aducanumab group.

The use of aducanumab stimulated star-shaped cells called astrocytes to cluster around beta-amyloid deposits in the blood vessels, and their activity correlated with microhemorrhage severity, the team found. “The chronic reactivity of these GFAP+ astrocytes may lose their normal functions, such as maintenance of the blood-brain barrier, and adopt a disease-associated function that leads to leaky vessels and brain hemorrhages,” the researchers explained in the study.

Overall, the study showed that targeting specific APOE—a subcomponent of both amyloid plaques and CAA—could achieve the amyloid-clearing efficacy seen with beta-amyloid antibodies while preventing CAA-related side effects in mice. Therefore, HAE-4 may represent a new disease-modifying treatment for both Alzheimer’s and CAA, the researchers said.

In conversation with John Leonard, CEO of Intellia