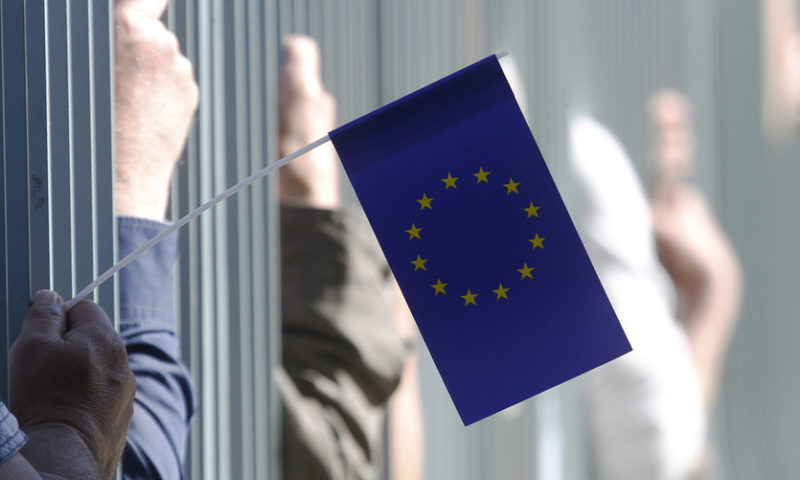 Strategist: ‘The eurozone has underperformed — true — but it’s not exceptionally cheap’

Not so fast, counters Mislav Matejka, J.P. Morgan’s London–based head of global and European equity strategy. “The eurozone has underperformed — true — but it’s not exceptionally cheap,” he says.

And Matejka warns that the Euro Stoxx 50 benchmark SX5E, -0.08% is likely to lag other global indexes through year end. His shop has a Neutral rating on eurozone shares, compared with its Overweight ratings for U.S. SPY, -0.19% and emerging market equities EEM, -0.50% .

1 — Not that cheap
While eurozone stocks do not appear all that pricey by some conventional metrics, Matejka recommends looking at the state of affairs in a different way.

In terms of typical measures, the Euro Stoxx 50 FEZ, -1.07% is trading at 14 times forward-year estimated earnings, below the Dow Jones Industrial Average’s DJIA, -0.31% multiple of 17. So it’s no wonder that some investors see a bargain. Callum Thomas, founder of research firm Topdown Charts, for example, recently wrote about a “compelling relative value case” for European stocks.

But JPMorgan’s strategist zeroes in on what he calls a “sector neutral” price/earnings ratio. “If Europe were to have the same sector composition as the U.S., this is what its P/E would be,” he says. And that metric isn’t encouraging, showing that the eurozone is trading at a premium to its historical average, though it has pulled back from what the bank dubs “outright expensive” territory.

2 — Italy’s drama
Beyond valuation, Italy’s latest drama is a big problem for the eurozone’s equity markets, Matejka reckons. Investors are worried that the populist government there could put forward a budget this fall that puts the national debt on an unsustainable course, ramping up tensions with the European Union. Deputy Prime Minister Luigi Di Maio has pledged to “choose Italians first,” rather than “listening to the ratings agencies and reassuring the markets,” though other remarks by government leaders appeared to signal they’re soften their stance.

“It’s likely that they will try to deliver on their agenda, which is a significant increase in spending,” Matejka says. “This will be a check on the relative performance of the eurozone. Italian uncertainty over the next two or three months will remain high.”

3 — ECB’s slow moves
Readings on the eurozone economy have improved lately, after a slowdown in this year’s first half, but the European Central Bank won’t ignore that earlier weakening, the strategist adds. “We think the ECB is going to be relatively slow in turning hawkish.” And that will hold back net interest margins for banks, the European sector with the heaviest weighting.

4 and 5 — Worries about trade and Turkey
Trade tensions and Turkey’s woes also help make JPMorgan cautious toward eurozone stocks. The bank expects that the Trump administration’s ongoing trade fights won’t escalate, and Turkey’s persistent financial problems won’t hit global markets in a big way. Yet if it has underestimated what’s ahead, the Stoxx Europe 50 would be the wrong place to have made a bet, according to Matejka. “If we are wrong, then it’s very likely the eurozone falls more than the others, because it’s more sensitive to a number of these negative tail risks,” he says.

Matejka isn’t entirely gloomy on eurozone stocks, saying they could gain 5% or more by year end, as they take part in a global rally but underperform their peers. What’s more, he sees bright spots such as the Continent’s exporters (rather than its domestic plays). Even so, a big, broad bet on the eurozone could lead to disappointment at the end of 2018.