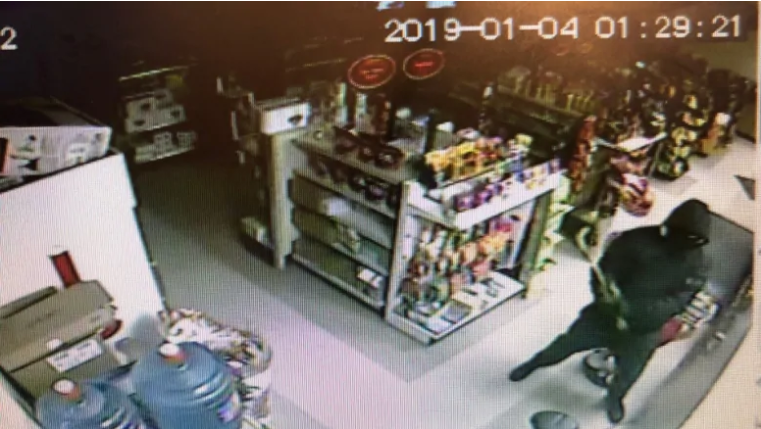 After breaking into the business, the suspects used garbage cans to load up the cigarettes

Police say they responded to an alarm going off at a business in the 0-100 block of Cobequid Road at around 1:30 a.m.

Security footage shows a large vehicle, which might be a truck, pulling up to the front door. The vehicle is described as having large headlights and a large grille, which is surrounded by a chrome border.

A suspect got out of the vehicle and began hitting and prying at the front door until it opened, and then a second suspect entered the store.

Using garbage cans, the suspects filled them with the cigarettes, which are estimated to have a value of about $49,000.

The first suspect is described as being dressed completely in black, including a mask, gloves and a hoodie, while police say the second suspect appeared to be wearing black shoes, blue jeans, black gloves, a black mask, a grey tuque and a black jacket that appeared to have white rings around the cuffs.

‘The US can’t dump people in Mexico’: Trump asylum policy in doubt