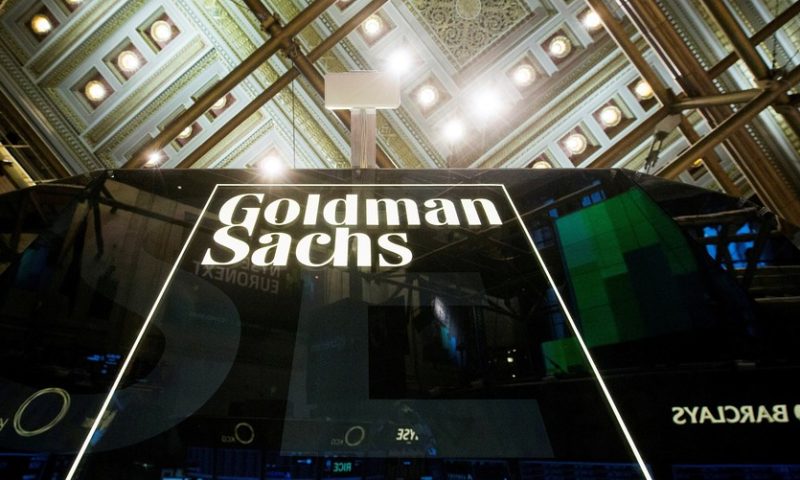 Public perception of investment banks has improved since the financial crash in 2008, but hasn’t returned to pre-recession levels.

Slightly more American adults would now feel “proud” rather than “embarrassed” to work for Goldman Sachs, according to new data from You Gov Plan & Track, a consumer perception research service.

“The firm’s reputation score — which gauges how open U.S. consumers aged 18+ are to being employed at a particular brand — spent years emerging from negative territory following the crash,” said Ted Marzilli, chief executive of YouGov.

‘People who say they’d be proud to work for Goldman Sachs are most likely to be male and to fall between the ages of 50 and 64.’
—Ted Marzilli, chief executive of YouGov

“People who say they’d be proud to work for Goldman Sachs are most likely to be male and to fall between the ages of 50 and 64,” Marzilli said. “They’re more likely to live in a suburb and have attained a high school education, rather than a four-year college degree.” (Goldman Sachs and Merrill Lynch were not immediately available for comment. Morgan Stanley declined to comment.)

However, liberals are far less likely to say they’d be proud to work for Goldman Sachs, according to the survey. The firm’s reputation score among liberals has not inched into positive territory: It climbed from minus 28 in January 2013 to just over minus 15 in January 2018. Among conservatives, that score increased from minus 4 to 10 over the same period.

Between September 2008 and September 2018, YouGov conducted approximately 310,000 interviews with U.S. consumers aged 18 and over. 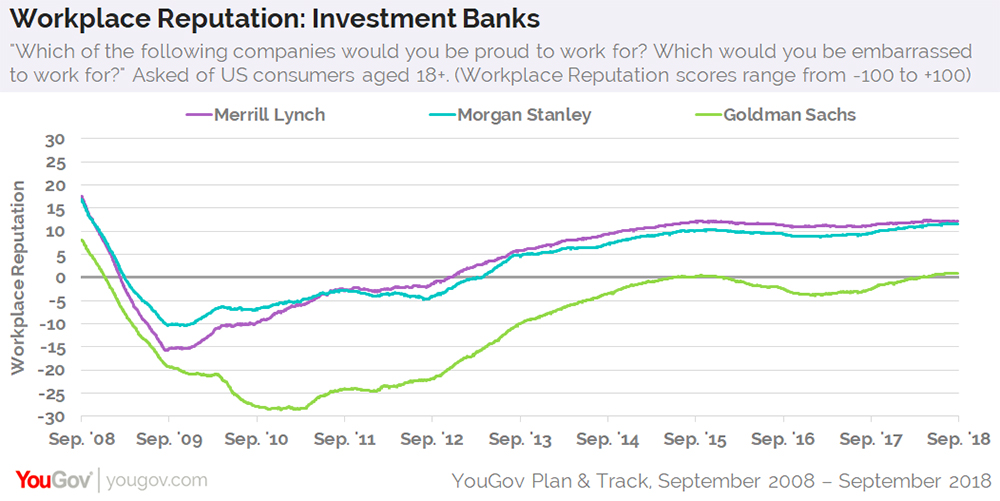 Perceptions of Wall Street may also be affecting what people do with their money. People are saving more, but may be investing less. “Ten years after the crisis, most consumers remain deeply distrustful of Wall Street and are still working to recover financially,” according to a separate survey of 2,000 adults by online investing company Betterment.

Some 27% of investors who saw their portfolios dip 10 years ago think it will happen again sooner rather than later, yet 61% still have more than $10,000 invested in the market in 2018. Of those who were not investing in 2008 — roughly half of respondents — 87% are still not investing today. 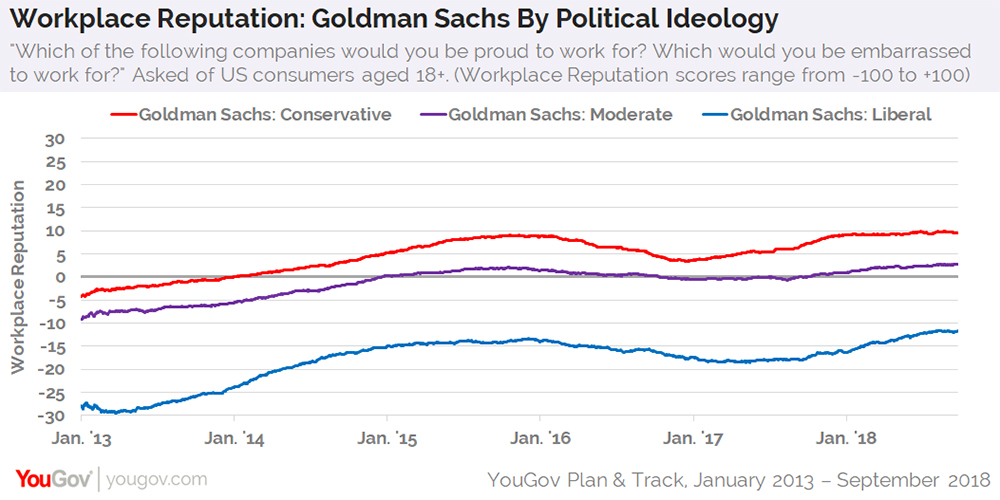 “Yet, those who saw those effects on their portfolio and still rode out the storm are more than twice as likely to report feeling like they’ve fully recovered, and are investing and saving more than their non-investing counterparts,” it added.

“The news reports about markets are biased towards fear and negativity: crashes are newsworthy, but steady growth isn’t unless it’s to stoke fear of another crash,” Dan Egan, vice president of Betterment’s behavioral finance and investments, wrote in the report. He added, “People are slow to trust big banks again, and understandably worried this will happen again.”